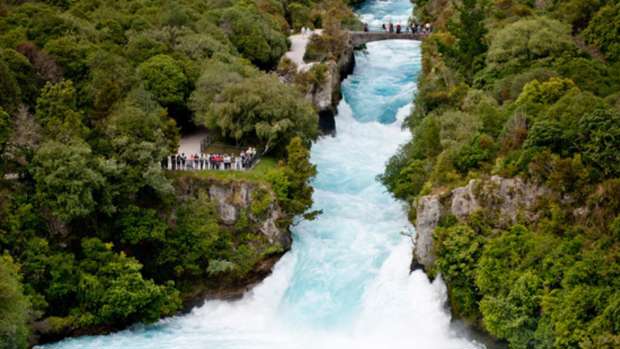 Police have found a body in the Huka Falls.

Taupo police officers and the Coastguard searched the falls after onlookers reported a man in the water just after 5pm yesterday.

A police spokeswoman said the police dive squad arrived at 10pm and pulled the body of a 32-year-old man out of the Waikato River.

He was discovered down river from where he was last seen.

Onlookers saw the man in the river but then lost sight of him, a police spokeswoman said.

See the full story at nzherald.co.nz