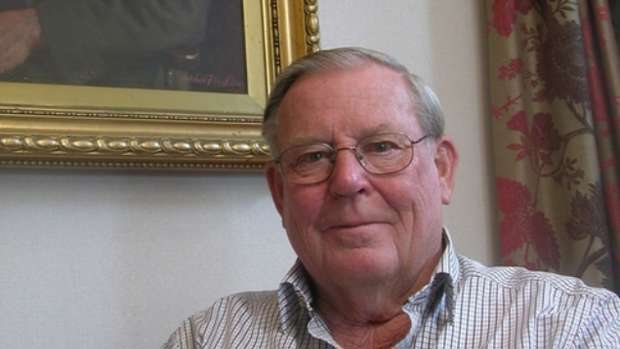 Richard Izard was ranked 144, with a net worth estimated at $85 million. The annual list was released yesterday naming the country's top 180 wealthiest families and individuals.

Businessman Graeme Hart was the richest man with an estimated net worth of $9billion.

Mr Izard, 80, an aviator, classic car enthusiast and entrepreneur, has recently been using his success to help the terminally ill.

He and his wife, Patience, donated $1.8million to the Lake Taupo Hospice last year to help buy a property formerly owned by fellow rich listers the Stevenson family. The $2.59million property will be known as the Izard Hospice House.

According to National Business Review, Mr Izard's fortune was created through pioneering the local manufacture of tungsten carbide-tipped sawblades that were mainly exported to the United States.

In 1991, he sold the business to US-based Irwin Company and got a double payday when his remaining shares shot up in value after Irwin merged with a bigger company.

Subsequent investments in aviation were less lucrative but his Izard Air Complex at Taupo airport has recently become the base for expanding Inflite air charters.

Mr Izard was awarded an OBE in 1994 and CNZM in 2012. He still has a lucrative property portfolio that includes buildings in Auckland's Queen St (valuation $28million), Parnell Rise ($9.5million) and Mount Maunganui apartments.

Another rich lister with Taupo connections is owner of Wairakei Golf and Sanctuary Gary Lane with an estimated worth of $305million.