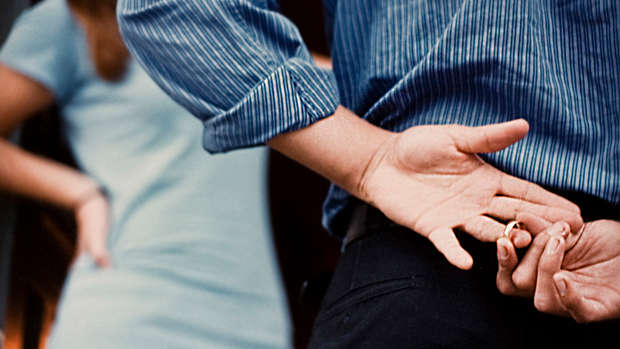 There is the old adage: once a cheater, always a cheater.

But there are exceptions to this rule and many couples are actually able to survive a partner straying.

Beyonce and Jay Z recently revealed they have managed to keep their marriage afloat even after the rap star's infidelity and have worked through their issues together.

This prompted Stace & Flynny to put out the call to see if any Kiwis have been through similar situations - and it seems more than a few of you have!

Hannah revealed that her partner - who she now has a child with - had cheated on her from the get-go, but they are still together.

"When my son was about 2 months old I actually found out that he'd been cheating on me since the moment we got together. All through the pregnancy, all through having my son, all through those really, really early days.

"But three years on we're still together, we definitely love each other, I wouldn't say I trust him completely, but we're definitely moving on and getting stronger. [Cheating] is definitely something that people can work through, you've just gotta know that both parties want to and if they do then you can find your way through pretty much anything."

Hannah also adds that the trust will come back for her over time and says realising that it wasn't her fault and "was all his own issues" has helped her move forward.

"It doesn't matter anything about you, you could be the most perfect person in the world, but if that person that you're with has got issues then it's on them, it's not on you."

Becky admitted that she was the one who cheated on her husband.

"I cheated on my now husband a couple of times and we managed to sort it out," Becky told Stace and Flynny.

"I got bored in our relationship - I was young and liked to get out and do things and unfortunately he was one who just liked to stay at home and not really do a whole hell of a lot - so when you don't spend that time together and you've got those differences, you get someone like me who just gets bored and it's like, 'fine, I'll just go find someone else' and that's kind of how it happened.

"There is no excuse for it, but that's just what happened."

Becky says "they both came to a bit of a compromise" when working through the cheating.

"We started doing a few more things together and we just sort of managed to move on from it, we talked a lot about it.

"It's in the past now and we've just moved on and let it be."

Becky and her man are still together 14 years later and even have a couple of kids.

Finally, Lola told us her story of how her partner cheated 7 years ago but that they have now been together for 16 years. She revealed that alcohol was an aspect of the cheating and that they now refer to it as "his 3 weeks of drunken stupor".

She says "it took a lot of work" for them to get through it and to rebuild the trust, but says they can ever have a little bit of a laugh about it all now.

Listen to Becky and Lola's stories