Kiwis have revealed what they think of pre-loved engagement rings after a woman was slammed online for complaining about the heirloom ring she received from her fiancé.

While the "ungrateful" bride-to-be hated the ring, it seems Kiwi women who were given passed-down engagement rings love theirs.

Tegan told Stace and Flynny that she felt like her ring was "good luck" because it already had "65 years’ worth of marriage" on it.

Another caller, Tessa, explained that receiving her heirloom engagement ring was extra special because it meant that her mother-in-law "actually liked" her and wanted to welcome her into the family.

Another Kiwi pointed out that the pre-loved ring she had received ended up being worth $16K - a lot more expensive than what her partner would have spent on a new ring. 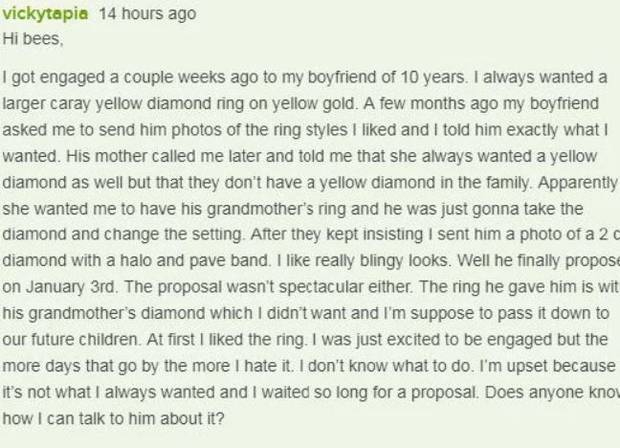 The bride-to-be that sparked the discussion went viral after she took to the website, Wedding Bee to explain that she ended up with her partner’s grandmother’s diamond wedding ring instead of the "larger yellow diamond ring" that she had her eye on.

She was quickly slammed by commenters, many who labelled her "a brat". 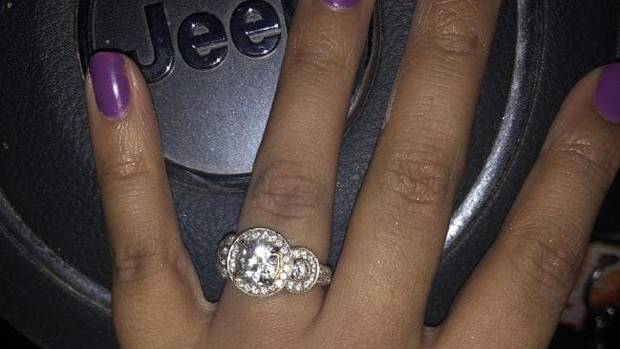 "That's a big blingy ring," one person wrote in response to the bride. "You sound extremely ungrateful. Hate is such a strong word. That's his grandmother's ring that you say you hate. How disrespectful."

"You do sound a bit ungrateful, especially bringing up your disappointment in his proposal," another added.