The flag debate? NO! Something far more important announced...

Flynny started today's interview by asking, "Which one's your favourite?"

John Key dived straight in answering, "Either the red and black one or the black and blue one..." before Flynny cut him short.

"Oh I was actually talking about the Lewis Road Creamery flavours of milk..." said Flynny.

"Then I like the chocolate milk one. It's very nice," responded the PM.

Moving from the "serious" debate to the flag debate, the PM plead his case.

"The biggest thing is the silver fern has in the history of this country the whole way through."

"You know up until 1978, if you died in service of your country overseas... we put on your headstone the silver fern... It's all about pride and patriotism."

Flynny couldn't help but ask about THIS flag... 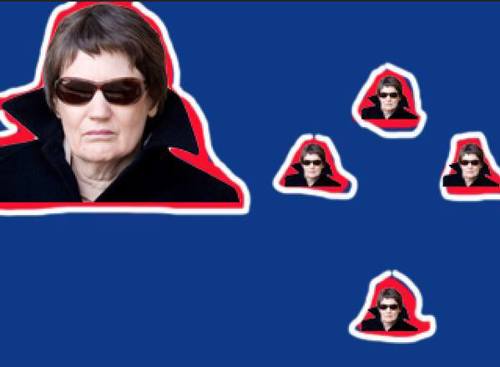 "I have seen that one and I'm NOT voting for that one! That would not look good!" said the PM.

If that wasn't enough, Stace & Flynny needed to find out what the PM thought of Donald Trump running for US President.

"I'll tell you what he owns a lot of golf course... I could bring my clubs and we'd be away."

Finally would John Key join Bear Grylls on his show like Barack Obama is set to be doing?

"I have already done his show live at the Vector Arena... they called me up and made me eat all these things."

"The maggots actually squirmed down the back of my throat. For two days I could feel them crawling."