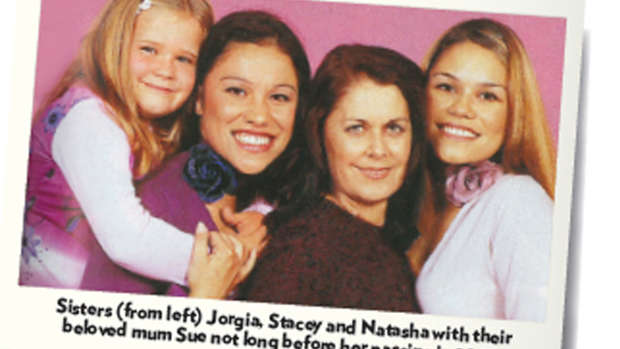 Sisters (from left) Jorgia, Stacey and Natasha with their beloved Mum Sue not long before her passing in 2002.

Stace featured in the latest Woman's Day magazine last week, where she opened up about her experience with a clairvoyant.

Here is what the text in the article says: