Stacey Morrison has touched on how important it is for Kiwi wāhine to "smear their mea" after the heartbreaking news of Kiri Allan’s cervical cancer diagnosis.

Labour MP and Minister of Conservation Kiri Allan has revealed she has been diagnosed with stage 3 cervical cancer.

"To be honest, I'm one of those gals that hates anything to do with 'down there'. And have taken a 'see no evil, hear no evil' type approach to that part of my body."

She said her last smear test was when cervical cancer campaigner Talei Morrison, just prior to death, rallied her whānau, her friends, the kapa haka community and ultimately NZ to campaign for women - and particularly Māori women - to get their smear tests done regularly.

"Talei's call to wāhine and whānau to get tested was the push I needed to get it done."

Allan said last year, during the election campaign, she noticed she was getting a lot of pain in her back, stomach and legs.

"I put it down to lots of driving, working long hours and the general stress of campaigns etc - so, I got my partner to give me a few mirimiri and forgot about it.

"Earlier this year, I realised I was finding it hard to sit for a lengthy period of time. Always in a bit of pain. I started running to try and move the lower back area a little bit. Nothing seemed to take the pain away."

She said that in late January, she started menstruating and didn't stop. She put off going to see a doctor, telling herself "that stuff usually sorts itself out".

But after four weeks, she said she went for a check-up at the GP, who put her on some medication.

"At about 6 weeks of menstruating with no change since the GP visit, I raised it with my colleague and friend Ayesha Verrall, who is a doctor, asking if the bleeding was a little odd.

"She asked a few more questions and I told her about the pain. She urged me, pleaded with me: 'Kiri, please, please, please prioritise this and go to the doctor tomorrow.'

"She made some recommendations and the next day I found myself having an ultrasound." 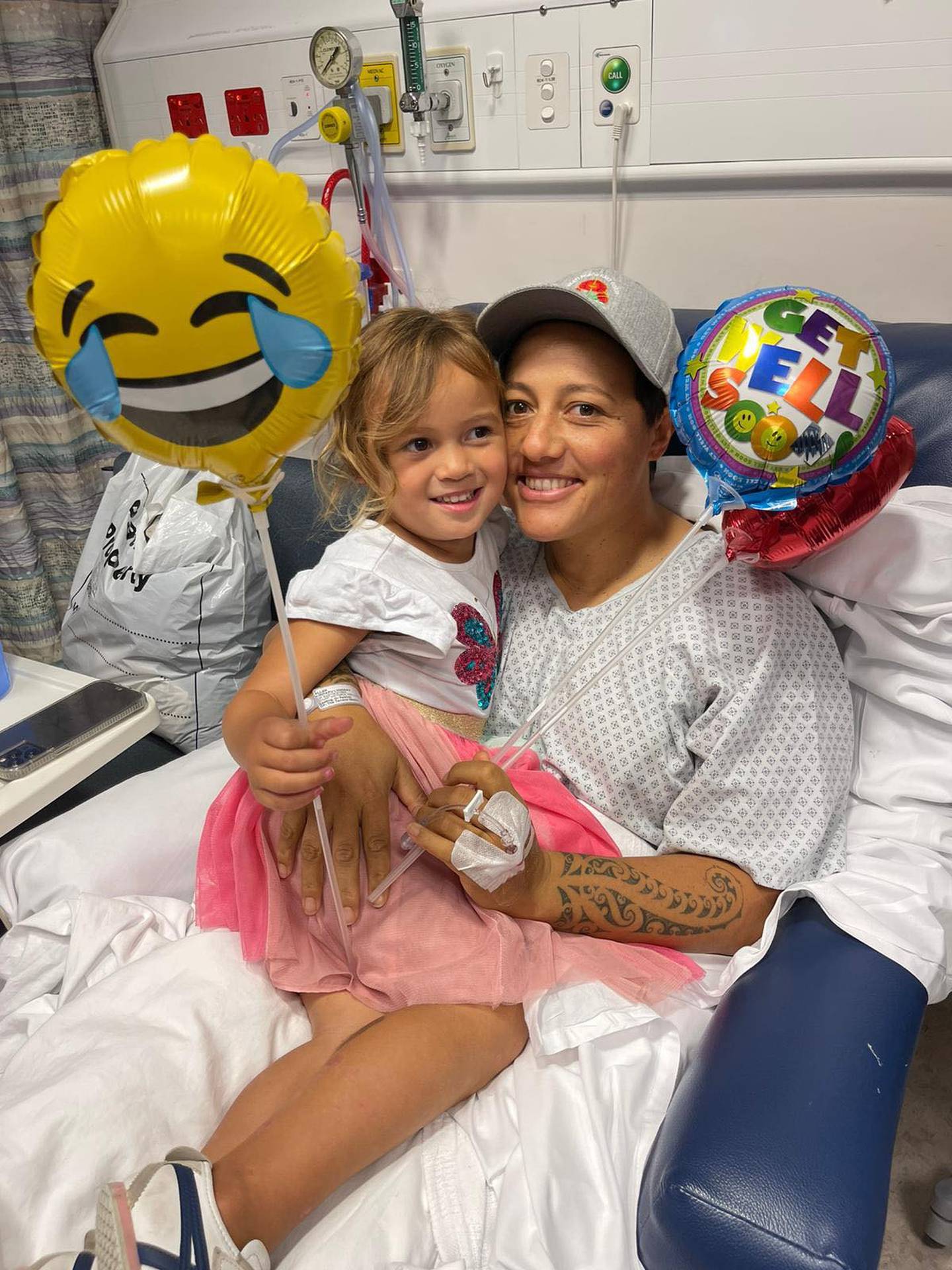 That ultrasound, she said, found a 3cm growth - she was told it was "probably benign".

"But the doctor made arrangements for me to go to the hospital the following day at the Women's Clinic. That day also happened to be the day of the tsunamis and earthquakes."

That day hospital tests revealed a 6cm tumour. Allan then immediately returned to the Beehive to front a nationally televised press conference on the latest tsunami warnings.

Prime Minister Jacinda Ardern confirmed this morning that Allan will undertake a leave of absence while she undergoes medical treatment.

Speaking to media, Ardern said she found it "remarkable" that Allan was leading NZ through a Civil Defence emergency while dealing with her diagnosis.

"If only people knew what else she was dealing with."

"The following week I got a call saying the smears had shown an abnormal result and I needed to come in again for a colposcopy," Allan said.

She went for the procedure some days later.

"When the doctor was doing the colposcopy, she noted that there were abnormal cells showing and took another biopsy to test. She said the results would take a while, so I wasn't expecting any further news until a few weeks later."

Some days after that, Allan saw she had a missed call from her doctor, asking her to call back.

"I called back, going down the escalator stairs and the sound was rubbish. I skirted off to a corner to take the call properly, expecting good news.

"However, my kind doctor, who had been so incredible and taken calls from my family in the evenings, called to say the colposcopy had revealed I had cervical cancer."

Since then, she said her life has been a whirlwind of MRIs, CT PET scans, and preparing for chemo and radiotherapy, and any other therapy needed.

"The Boss, Jacinda, has been a mate, a colleague and my boss through this process. I cried telling her the night I found out. And her words were profound. I'll always have so much respect for the way she's dealt with me over this past couple of weeks or so. A text away - always.

"So today, she'll make an announcement that I'll be taking medical leave from work to focus on the fight I have ahead of me. She'll also be appointing acting ministers to my portfolios."

Allan said often, people's first questions is: "Is there anything I can do?"

"My answer now is yes. Please, please, please - encourage your sisters, your mothers, your daughters, your friends - please #SmearYourMea - it may save your life - and we need you right here."

Ardern said she was "gutted" by the cancer diagnosis.

"It's fair to say, as a friend and a colleague, I've been gutted by the news - the whole team has.

"But we're also so heartened by the character, the person that Kiri is."

Ardern said that from the outset Allan had shown a "level of determination to focus on her health and wellbeing, but to ultimately come back and be a part of the team again".

Ardern said her focus now was to make sure she looked after herself first and foremost.

"And that we're here, really and waiting for when she's able to return."

The Prime Minister asked everyone to "look for the warning signs" when it came to cervical cancer.

In an earlier statement, Ardern said: "I consider Kiri not just a colleague, but a friend. This news has been devastating. But I also know that Kiri is a person of determination, and as we've talked over the past few days I can hear how focused she is on her treatment, and ultimately her return.

"Kiri's parliamentary family will do everything possible to support her during her treatment and recovery.

"Until Kiri is able to return to work I am appointing acting ministers to her portfolios.

"Kris Faafoi will be Acting Minister of Emergency Management. He has held the portfolio previously so brings knowledge and experience with him to the acting role.

"Ayesha Verrall will be the Acting Minister of Conservation and Peeni Henare will be Acting Associate Minister for Arts Culture and Heritage.

"I look forward to welcoming Kiri back on the team and into Cabinet upon her return."

Ardern said Allan had indicated she wanted to come back to work in three or four months - Ardern said that would be fine, if she was healthy enough.

Allan has asked for privacy as she and her whānau focus on her care and recovery.

"It must be an incredibly traumatic time for her and the fact that she had to deal with the Civil Defence issue while she knew this was all happening really does speak volumes about her dedication and courage."

Collins said the diagnosis was a reminder for all women to get a cervical smear test done.

"And it's also a reminder that this can strike people anywhere really, it's a very insidious disease.

"Kiri's situation is a reminder to every woman to get out there and get tested."

Collins said that Parliament was "all-consuming" and what little personal time MPs had leftover usually went to their families.

"It's not always an easy place to actually take some time to look after yourself."