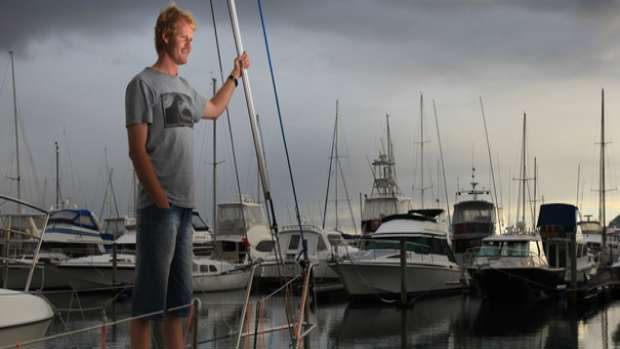 Two Bay of Plenty sailors have been selected to represent New Zealand at the 2015 World Blind Sailing Fleet Racing Championships.

Ben Geddes from Tauranga and David Parker from Waihi will join four other sailors from Auckland, Taranaki and the Manawatu to make up three crews of two sailors to contest the B1, B2 and B3 divisions.

Tauranga has a strong history in blind sailing, most notably with former world champion Paulien Eitjes still a regular sailor on the harbour.

Geddes and Parker will travel with support from the Bay of Plenty Sailing Academy Trust (BoPSAT).

Former commodore of the Tauranga Yacht and Power Boat Club, Gary Smith, is a long time supporter of blind sailing.

"When BoPSAT set up its Acorn endowment 'Sail for Life' fund in 2013, one of the first contributors was the local blind sailing group, with the support of the Pensebene legacy" said BoPSAT chairman Stuart Pedersen.

This endowment was made with the proviso that income from it should go to disabled sailing in the Bay."

BoPSAT will this month receive its first income cheque from 'Sail for Life', which is in part funding the $700 each sailor is getting from BoPSAT. The balance comes from the trust's overseas sailors fund, which regularly supports local sailors, particularly youth, who have been selected by Yachting New Zealand to compete overseas.

"It's fantastic when we get the chance to support sailors who are disadvantaged or disabled - that's a key part of our role as a charity. Mostly our activities revolve around making our fleet of 51 sailboats and sailboards available to schools, yacht clubs and families at very low cost, to help grow the sport and get more kids on the water. That requires a lot of volunteer effort, especially in boat maintenance and fundraising.

"So it's great when we have some spare funds which we can put into programmes like our 'Sponsor-a-Sailor' programme at Merivale School, and to support sailors like Ben and David to compete with the best in the world. We are very much looking forward to seeing how they go" said Mr Pedersen.

The event runs from 9 to 13 September in Chicago, sailing on Lake Michigan.