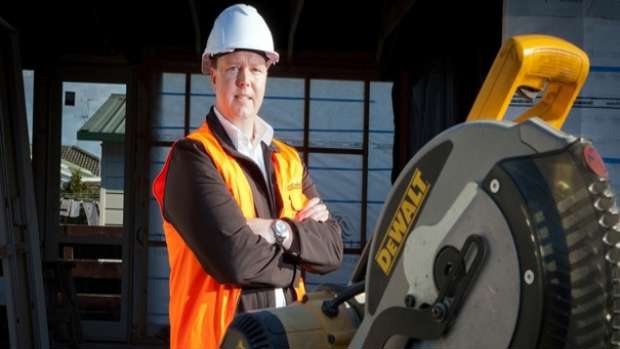 Bay of Plenty workers are earning 6.7 per cent more, with the fastest rising salaries in New Zealand, new figures show.

The Bay of Plenty was closely followed by the Tasman and Gisborne regions, which both noted increases of 6.2 per cent in annual salaries.

Despite recording the largest growth in the country, the Bay of Plenty's average wage still sits below Seek's national average advertised salary of $74,965 and well below the region with the highest average salary, Wellington, which sits at $80,934.

Construction ranks as the fourth highest paying industry in the Bay of Plenty based on the average annual advertised salary and was also the fifth fastest growing in terms of salary with the figure 18 per cent up on the 2014 financial year.

Jim and Rob Gartshore, of Gartshore Construction, said the increase in pay was caused by supply and demand.

"It's very typical of the building industry where we have our highs and our lows. When we had the global meltdown everybody right across the board reduced their rates quite dramatically purely to survive.

"In the past 18 months to two years companies have slowly started to bring their rate up to where it was prior the meltdown," director Jim Gartshore said.

"If you go back four to five years, my charge out rate was $45 an hour. During the global meltdown I had to come back to $36 an hour to keep my workforce. Now I'm back up to $45 an hour.

"We know that when the bubble bursts, and it will burst, we will have to drop our rates to keep our workforce employed."

Mr Gartshore said Seek's average annual advertised salary for construction of $86,662 a year was more in line with what a contractor could expect to be paid rather than a wage earner. A builder with three to four years experience could expect to be earning about $65,000 a year on a wage.

"Traditionally in Tauranga, wages and salaries have been below the national average. Tauranga City Council and Priority One have a role to create opportunities to attract businesses here that provide a range of salaries and wages, particularly in the higher end."

Mr Crosby said business certainty and sustainable growth were improving in Tauranga which was allowing higher wages to be paid.

"We are in quite a growth period. What we need is to be sustainable, not boom and bust. We're starting, in my view, to be a lot more sustainable."

Priority One chief executive Andrew Coker said he would expect the growth in salary levels to be even higher in the Western Bay of Plenty.

"It's a broadening of the economy away from just population-based, service industries. It's growth even in the ICT and horticulture sectors," he said.

"If we take the ICT sector as an example they have to compete for skilled or semi-skilled people and can't just rely on the lifestyle as we have in the past."

1st Call Recruitment managing director Phill van Syp said the reason for the increase in salaries was the shortage of potential employees.

"Companies are competing for the good employees so that's bringing wages up. Companies are willing to pay more to get the right person," he said.

"It's not so much the lifestyle any more, Tauranga is competitive. "We're attracting people from Auckland not just for the lifestyle but for careers as well."