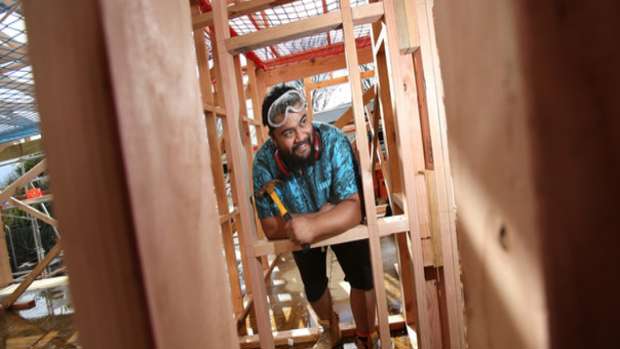 A serious skills shortage in almost 60 trades and professions has left business leaders divided over whether migrants are the solution.

An Immigration New Zealand skills shortage list showed 58 occupations which were facing an immediate shortage of skilled staff in the Waikato/Bay of Plenty region.

Business leaders agreed migrant workers were necessary to help fill the Bay's skill shortages but said they would like to be able to hire local people first.

The Bay of Plenty Times reported on Tuesday that the Government would introduce changes to immigration policy in November, giving migrants extra points on their application if they take a job in the regions rather than in Auckland.

"There are several areas we are heavily involved in to invest in the future in education. The Instep programme links schools in the Bay with industry sectors. That connects young people in high schools with real jobs and careers.

"There's the investment in the city centre campus, which is focused on regionally relevant tertiary education from vocational to post graduate."

Mr Coker said Priority One had been involved with attracting skilled ex-pats as well as skilled migrants to help fill skill gaps.

Johnny Calley, Master Builders Tauranga president and director of Calley Homes, said there was a shortage in the carpentry industry but he still fielded calls weekly from people wanting to get into it.

"The problem we've got is it's about two years too late, because we need them now.

"I don't think getting migrant workers into our area is the answer. If we take on a whole lot of migrants now, in two years' time we will have an over-supply of skilled workers."

Mr Calley said migrant workers did not know New Zealand's Building Code, so there was more risk down the road.

The road transportation and distribution course offered at the polytechnic is the only one of its kind in the country and is always full.

Carpentry apprentices are snapped up quickly, often before graduating.

Colin Kemeys, director of Stratum Consultants, said the shortage for them was in engineering. He had filled two positions with migrants from the United Kingdom but said he would like to be able to hire locally.

Harper Smith Recruitment director Stephen Smith said there was a real shortage of candidates for jobs in construction and engineering.

Mr Smith said he recruited mainly experienced New Zealand engineers and construction related personnel, as that was a requirement of his clients.

Waikato University said in a statement it was always looking at ways to meet its regions' needs, including the Bay of Plenty.