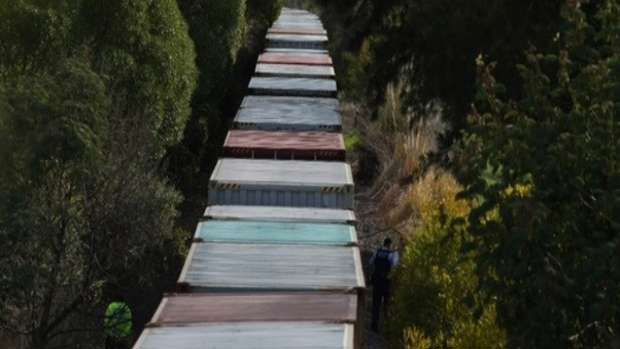 A 56-year-old man has died after being struck by a train at a railway crossing in the Tauranga suburb of Otumoetai.

Emergency services were called to Ngatai Rd about 3:15 pm but the victim died at the scene.

St John territory manager Ross Clarke said the the man was on foot, not in a car.

Reporters at the scene said the train, loaded up with containers, appeared to have been heading towards the port.

The train was stopped on the tracks just before the BP station.

Kiwirail Senior Communications Advisor David Miller said a KiwiRail freight service was travelling from Auckland to Tauranga when it collided with a person near the Otumoetai over bridge.

"The emergency services attended the scene, including the Police, and it is not yet known as to why the person was on the track when the train was approaching," Mr Miller said.

He said the train driver had been shaken by the experience and will be given time off and support.