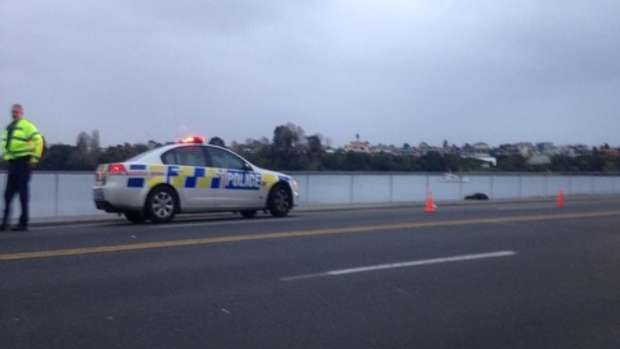 Police block a lane around where a seal is sleeping on Chapel St. Photo/supplied

A wayward seal is causing a stir among morning commuters in central Tauranga this morning.

The seal had been hanging around on Chapel St, near Briscoes, before choosing to take a nap on the footpath.

Police were called to the seal's adventures, which had been affected traffic, about 7am.

Police have since blocked off a lane on Chapel St to give the seal plenty of space while waiting for staff from the Department of Conservation to arrive and deal with the marine creature.