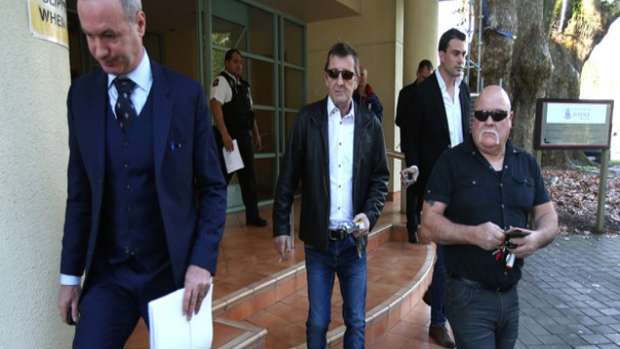 AC/DC rocker Phil Rudd has denied a breach of his home detention conditions relating to the possession and or consumption of alcohol.

Rudd, 61, who briefly appeared in Tauranga District Court this morning on the alleged breach will defend the matter at a judge-alone trial on November 24.

He was further remanded on bail by Judge Robert Wolff.

Rudd was arrested on July 18 at his home.

On July 9 Rudd received a sentence of 8-months home detention on charges of possession of cannabis, possession of methamphetamine, and threatening to kill another man. The offences were committed last year