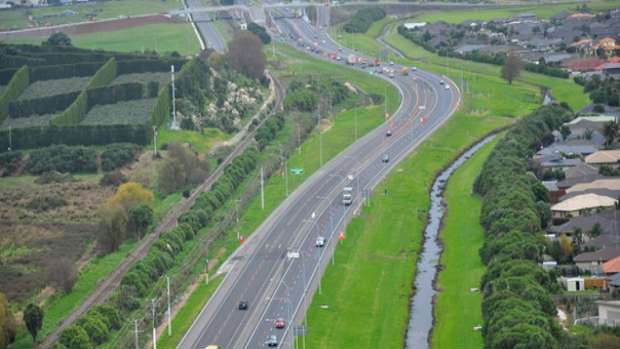 A Tauranga man narrowly avoided a high-speed head-on crash with an elderly woman driving the wrong way down a busy highway.

Brian Sparrow was travelling to Te Puke on the new Tauranga Eastern Link near Bruce Rd about 10.50am yesterday when he saw an elderly woman in a car travelling towards him.

"I was in the same lane as a car coming roaring towards me at speed. It was pretty scary," he said.

"It was probably just an innocent mistake but it could have been a fatal one."

Mr Sparrow said it was lucky the lane to his left was clear allowing him to swerve out of the way just in time to avoid a collision.

There was not enough time to think much about the situation as it unfolded but he said he "was extremely concerned" and called the police as soon as he was out of harm's way.

Mr Sparrow said he was driving about 100km/h and the woman coming towards him appeared to be doing a similar speed.

The woman did not seem to be aware of her mistake as she did not move to slow down, he said.

The scary part is that she's barrelling along there and not aware of the other two lanes beside her.

Mr Sparrow urged people to be very careful of where they were getting on the road and what was around them until they became familiar with the new layout in the area.

He was not the only person who narrowly avoided a crash.

"There was a white van not that far in front of me and he had to take the same evasive action as me," Mr Sparrow said.

Three other concerned drivers also called the police to report the incident.

Western Bay of Plenty road policing manager Senior Sergeant Ian Campion said police had received four calls about the incident but officers had not been able to find the woman.

The last caller told police the woman had realised her mistake and turned around to go in the right direction. The caller was also able to relay the woman's number plate to police.

Mr Campion said he had asked staff to follow it up by checking the signage in the area and tracking down the driver to find out what went wrong.

It was the first time Mr Campion had heard of such an incident on the Tauranga Eastern Link although he was aware the Papamoa police station had received at least one call about driving in the wrong direction before yesterday's incident.

He said there had been a few other instances of drivers entering an expressway or motorway on the wrong side of the road in other parts of the city which he could recall.

"It's basically been intoxicated or elderly drivers turning the wrong way from 11th Ave on to Takitimu Drive," Mr Campion said.

"It's definitely a high-risk mistake and one that's likely to end in a crash. People need to take extreme care to make sure they aren't entering an expressway or motorway on to the wrong lane."

Mr Campion said in this instance it did not appear the cause was just a blatant disregard for the road rules because the woman turned around when she realised her mistake.

The police response would depend on a discussion with the driver to find out what had happened.

"People can get confused," he said.