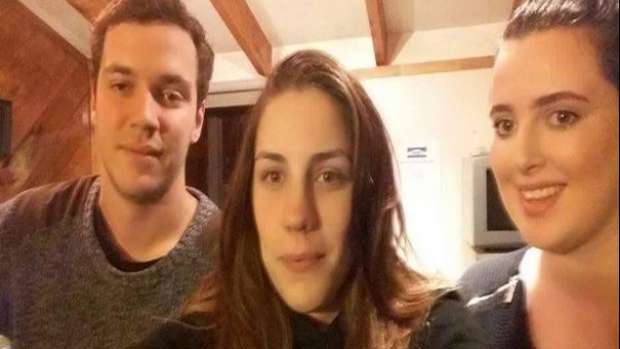 Three Tauranga siblings unwittingly found themselves caught up in the major manhunt that unfolded in the Central North Island, yesterday.

Tauranga's Reuben Steens, 18, Lissy Steens, 20, and Hannah Ingram, 25, were in Ohakune for a skiing trip when members of the police armed offenders squad gathered outside their rented chalet yesterday afternoon. The police were searching for a group after a police car was allegedly rammed and two pursuing officers were shot at, at close range and a police car stolen at 2.30am near Whanganui. 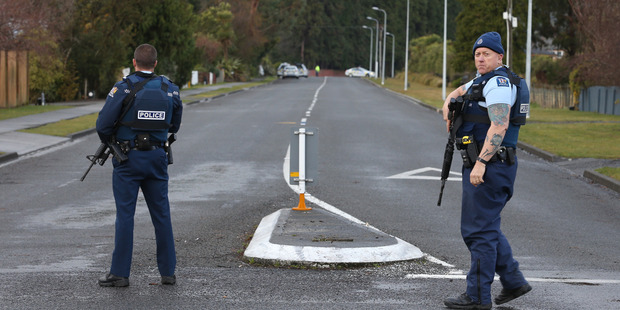 Mr Steens told the Bay of Plenty Times they saw armed police descend on the house behind them and arrested a woman. Mr Steens said he and his two sisters watched the drama unfold through a back window.

"We heard about it on the news so we knew to kind of watch out for things but we were surprised to see police come past our place," Mr Steens said.

"They pulled up outside our front door and jumped out, fully clad with guns, and ran down the back."

After police made the arrest and street was reopened, Mr Steens' sister Hannah reached out to police to ask if the family could be relocated as her 2-year-old son was with them.

"We've got a toddler with us and we don't want to risk them having to wake us up at 2 o'clock in the morning to kick us out later on."

Police arrested Dolphy Kohu and two others at Waiouru at about 9.20pm. The arrest happened at a police roadblock at the junction of SH1 and SH49. The arrests were carried out without incident.

The three were taken to Ohakune Police station for questioning.

No further details were available at edition time.

The police car was later recovered intact, and police firearms which were kept inside were not stolen by the group, police said.

"When the original vehicle was stopped our officers approached the vehicle. They were shot at, so they've retreated. And then what's happened is the offenders have got into our police car and driven off."

Later, the car was abandoned. Police yesterday focused on a number of addresses in the Ohakune area and had arrested one female in relation to the search.

Two further people -- a male and a female -- were also being spoken to by police.

Extra patrols were deployed in the wider Ohakune region and there was a strong visible police presence in the area.

Residents in the Ohakune, Waiouru and Raetihi regions were told to consider staying at home for the day, and many schools were closed.

Motorists in the central North Island were urged not to pick up hitchhikers or strangers until the situation was resolved, while residents living in the area were urged to "maintain a heightened awareness".