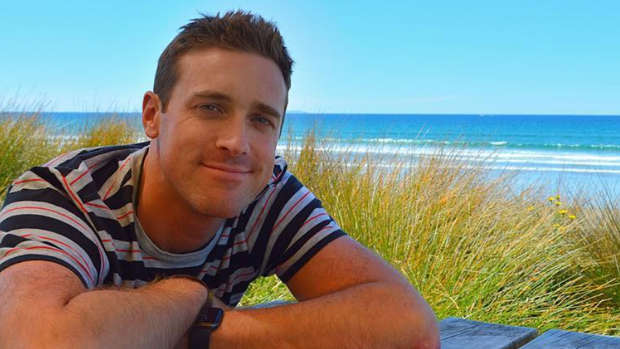 You know what sucks?

There was a time in my life when I thought about taking my own life.

If you draw a link between suicide and depression, which I think is a pretty straight and thick line - the depression rate in New Zealand sees women doubling men.

Yet the suicide rate sees men being more than twice as likely to take their own life.

I'm no doctor or even remotely professional in any area that would be useful in this issue, so take what you will from any of this from me.

I choose to say "experienced" because when I look at how it was or is - 'cos it never really leaves you - I've met some of the most amazing people and put myself in some of the best and most memorable situations because of it. Yeah, that's right, I'm thankful for depression right now. Weird, huh.

And that's the thing about it, it's weird. There's no right or wrong, there's just how you choose to handle it.

My depression started in a weird way too. I got tinnitus about 10 years ago. Mine is a permanent ringing in my ears (sounds like when you turn on an old school tube TV, you know that high pitched sound). It ruined me for nigh on a year.

I went from hearing beautiful silence to having my head invaded with that rubbish. I couldn't sleep for months. I saw no joy in any of the things that brought me it before. It made me angry, sad and hollow.

It was during this time that I thought about suicide.

It put enormous pressure on my family, my relationship at the time and my mates.

I also had to go to work every day and try to pretend to be okay on the radio. My co-host at the time put up with more than any colleague ever should have to.

I had all the tests under the sun, from bloods to MRI scans for brain tumours. All came back with, essentially, "you're fine".

But I was about as far from fine as a one-armed man hanging off a cliff with itchy genitals.

So, pretty far then.

But do you know what got me through it?

Time. Because your body is just the most amazing feat of biological engineering ever.

My brain has gotten used to the ringing sound now and I barely ever hear it. Unless I shut off my ears with my hands and listen for it, or go from really loud to quiet, or I am horrendously stressed and overtired (that last one is telling me something one would think, huh)!

Acceptance. This was the hardest one to get to for me. And probably for most dudes, right?! You know when a female in your life tells you her problem and you immediately go straight to the easiest way to fix it and then start telling her what to do, then she gets annoyed at you for "not listening"?

Yeah, that. It took me the best part of a year to accept that I had done everything I could to solve this problem and now I have to learn to deal with what life is like without silence and constantly hearing something you don't choose to hear.

And man did I do my research before that period. There are over 25 different causes of tinnitus. And one of them is just: "one day some tiny hairs in your inner ear decided to die". That's literally it for me. My hearing is great, there's no obstructions in my brain, there was no traumatic event. I had nothing to blame. And, again, as a dude, you want something to blame, right?!

Talking. Go to a counsellor. GO! The lady I went to saved my life.

I've never actually told her that. Weird that I'm telling you, and not her!

She counselled me like I had lost a limb; like I was grieving for it and not sure how to handle it.

She gave me techniques to refocus my thinking when I was overwhelmed. She was just this lighthouse in a dark night that I could just follow and go to and unload all of my problems on a stranger. God, the amount I cried is something cringe about still a decade on! Again, typical guy cringing about crying!

She taught me to meditate. I know, I'm the last person you'd expect to be doing that, right?! But that's the thing. You have no idea what's going on in my head. That's why depression is so deadly. But even more so, I'd be willing to wager that between men and women, you'd really have less of a shot at figuring out what is going on in a guy's head than a girl's head. Women talk about it. They put it out there. They bitch if they need to, they seem to cry more freely and just wear it a bit more on their sleeve.

They also kill themselves less.

There's something in that, I reckon.

It's Movember at the mo, chat to a bro.

It's as simple as asking: "How are you?" TWICE.

Once is a form of "hello", twice is actually asking the question.

- Will Johnston is the local 9am-3pm host for The Hits Bay of Plenty 95FM. He's also a celebrant and MC. Follow Will on Instagram on @radiowill.

If you are worried about your or someone else's mental health, the best place to get help is your GP or local mental health provider.

However, if you or someone else is in danger or endangering others, call police immediately on 111.