Amal Clooney has been helping the Duchess of Sussex settle into life in London.

The 40-year-old barrister - who is married to George Clooney - has known the 36-year-old actress, who was known as Meghan Markle before she married Prince Harry earlier this month, for a "while" and she's been helping her adjust to living in the UK.

A source told People, "Amal has been helping Meghan settle into London life. It was a very natural friendship from day one." 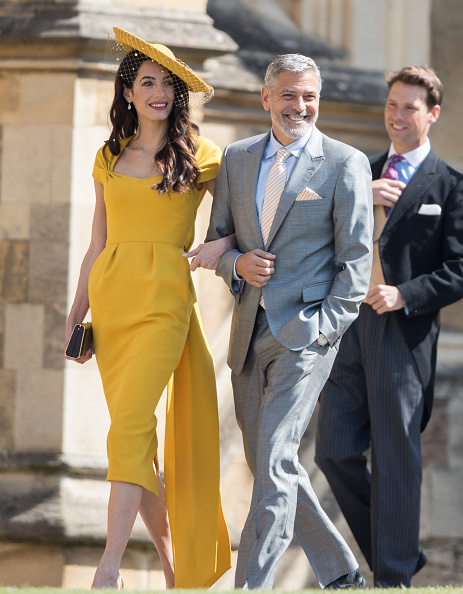 Amal and George became good friends with the Duchess - who lived in the US until last October - and her royal husband after they were introduced to one another via a mutual contact when the brunette beauty relocated to Kensington Palace last year.

The pair even share the same hairdresser and the Hollywood couple were present at Windsor Castle in Windsor when the royal pair officially became husband and wife.

They were subsequently invited to the intimate reception held at Frogmore House in Windsor afterwards and 57-year-old actor made sure he was available to offer a helping hand as he "hopped behind the bar and poured shots for everyone." A source said at the time: "George hopped behind the bar and was actually bartending for a bit. He poured Casamigos drinks [the tequila brand he co-founded in 2013] before selling it last year] and shots and got everyone dancing!"

And it seems like all that boozing paid off as the evening shenanigans led to a dance-off - spearheaded by James Corden - between Prince Harry, his brother Prince William and their father Prince Charles shortly after the bride and groom's first dance.

The insider explained: "James ­Corden did his best to entertain and it went down an absolute treat. He even compared a dance-off between Harry, Charles and William. Everyone was laughing because it's something no one expected."