Chrystal Chenery has spent much of this year locked in a bitter custody dispute with her ex-boyfriend, real estate mogul Ricky Cave.

The pair have been feuding over who has rights to their French bulldog, Bruce Lee.

The former Bachelorette has been open on her social media accounts about the distress and heartache the dispute has caused her.

But now it appears there’s some light at the end of the tunnel.

The yoga instructor took to Instagram today to share with her fans she is “having a baby”.

She wrote: “Guys I’m having a baby 😍 No puppy could ever or will ever replace my Bruce Lee and I would still do/pay anything to have him in my life.”

“I have felt lost and as if my heart was ripped out of chest for the last 3 months with out him🐶 😢 @courtneylouisegould is my new breeder and has a wee girl for me. I need help naming my new fur baby?”

We wish her the very best with her new fur baby! 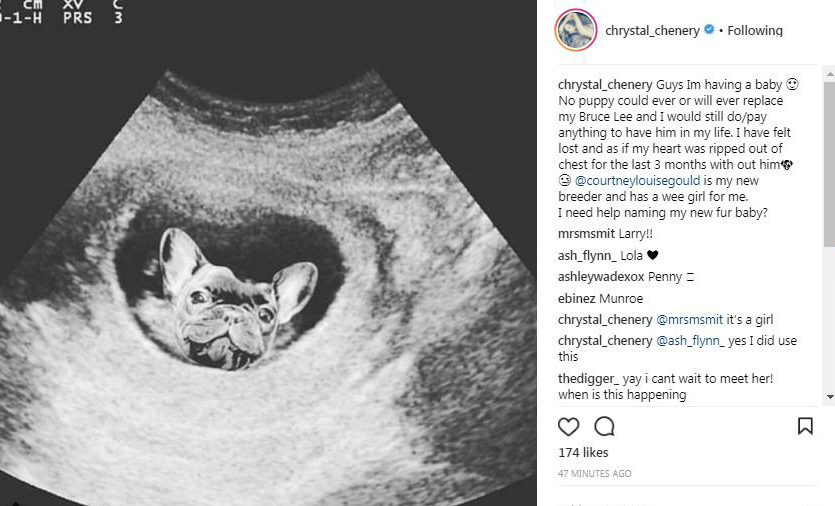