The 30-year-old actress may have attended the Met Ball with Christian Louboutin instead of Reynolds, but it turns out he was literally by her side in spirit.

READ MORE:
• The most STUNNING gowns from the 2018 Met Gala
• Kylie Jenner shows off her post-baby body as she walks the red carpet for the first time since giving birth

For the fashion extravaganza, the Gossip Girl star made a bold entrance in a custom crimson Versace gown - complete with an embroidered bodice, bejewelled straps, and an extra-long train that took more than 600 hours to make.

PLUS, she wore over $2 million worth of Lorraine Schwartz jewellery with an eye-catching golden halo-esque headpiece.

With so much going on, we initially failed to notice the mum-of-two was paying an adorable tribute to each member of her family.

The clutch included a sweet tribute to her family of four - a bejeweled medieval-style Reynolds family crest featuring the letters “B,” “R,” “J” and “I”. 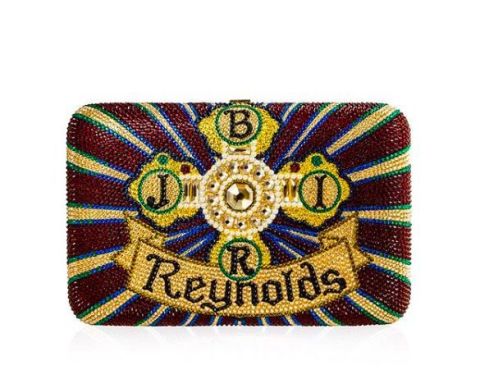 The letters represent Blake and Ryan’s initials as well as those of their two daughters, James and Ines.

Aren't they just the cutest?!