George Michael's ex-lover Fadi Fawaz has been arrested after he allegedly smashed up the late singer's £5 million mansion (NZ$9 million).

It was reported in May this year that Fadi had been squatting in the mansion of the late Wham! singer since he passed away at Christmas 2016 at the age of 53, and had refused to leave despite several legal letters because he claimed George had given him permission to stay there.

But on Tuesday night, police reportedly swooped in on the London property - which is near Regent's Park - after neighbours spotted Fadi, 46, standing topless on the roof.

Neighbours also allegedly heard smashing noises coming from inside the home and saw water gushing out of the front door.

Police arrested Fadi when they arrived at the scene, on suspicion of aggravated criminal damage.

One neighbour told The Sun newspaper: "The damage inside the house is really bad. I’ve never seen anything like it. Every fixture and fitting, every door and window, everything George left in there - it’s all completely destroyed.

"Even the toilets and sinks have been smashed. There’s major damage to the walls and even the ceilings. This can’t have happened in just one night, he must have been systematically smashing the place up for a long time. 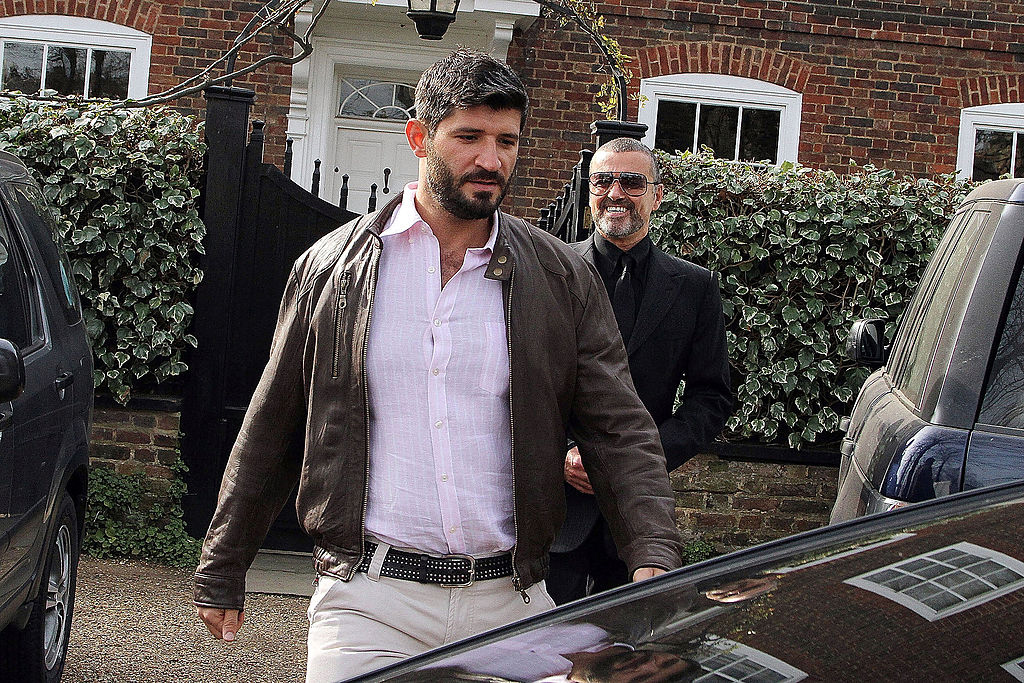 "It’s such a shame because George loved that place and it used to be so beautiful."

And a Met Police spokesman said the alleged damage was "extensive".

They said: "Police were called on Tuesday, 23 July at around 7pm to a report of a man seen on the roof of an address.

"Officers attended and the man was no longer on the roof but inside the address, which had extensive damage.

"Due to the damage inside the property the London Fire Brigade attended. The man has been arrested on suspicion of aggravated criminal damage. He has been taken into custody at a north London police station."

The arrest comes after Fadi was asked to leave the property by George’s family, but he refused, claiming the Wake Me Up Before You Go-Go hitmaker wanted him to stay at the property after his death, despite George not leaving anything for Fadi in his will.

A source close to the late star's family previously said: "Fadi is being a real pain about all this.

"He has refused to leave despite several letters and requests in the last 18 months. He is blanking them out and it appears he now has squatters rights. It's been going on for such a long time that it's hard to know what to do next. The lawyers are seeing what can be done. It would be a lot easier if Fadi just upped sticks and left." with the twisted band and scattered diamonds. (sic)"