Former Home and Away star Tessa James and her husband Nate Myles have just announced they're expecting their first child!

The 26-year-old, who is best known for playing Nicole Franklin on the Aussie soap from 2008 to 2011, is reportedly around five months pregnant.

Her agent confirmed the pregnancy at the David Jones Spring/Summer fashion show in Sydney last week, saying the actress is 'overjoyed' about the news. 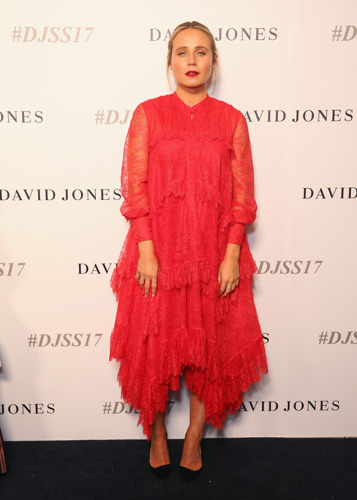 Tessa attended the event looking radiant in a red dress that hid her subtle baby bump.

The exciting news comes just three years after her cancer battle with Hodgkin's lymphoma, at the age of 23.