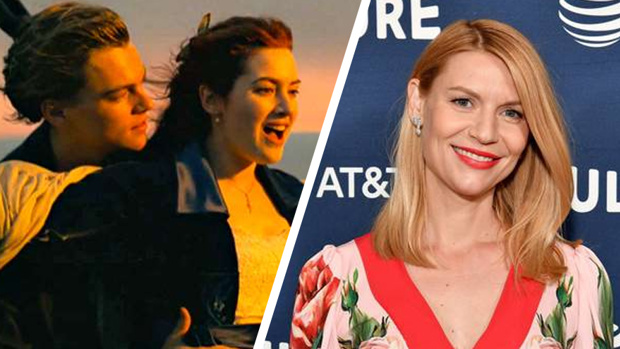 Claire Danes has "zero regrets" about turning down Titanic.

The 40-year-old actress had the chance to reunite with her Romeo + Juliet co-star Leonardo DiCaprio on the 1997 blockbuster but wasn't ready for the level of fame it would bring.

Asked if she was offered the role which ultimately went to Kate Winslet, she told Dax Shepard on his Armchair Expert podcast: "I think I did. I'm not entirely clear on that. There was strong interest, but honestly, I'd just made this romantic epic with Leo in Mexico City, which is where they were going to shoot Titanic, and I just didn't have it in me...

"I think I may have sensed that I was courting that [level of fame] or I was proximate to that. I just couldn't do it. I didn't want it.

"It was going to propel me to something I knew I didn't have the resources to cope with. I knew I had to do a lot of foundation building.

"I was just really clear about it," Danes said. "I wasn't conflicted, I wasn't.

"I was just feeling eager to have different creative experiences, that felt like a repeat. And, as I said, I think it was gonna propel me towards something that I knew I didn't have the resources to cope with. And I knew I had to do a lot of foundation building."

The Homeland actress remembered how Leonardo also had doubts about the movie but ultimately signed on to play Jack Dawson.

She recalled: "I remember, Leo and I shared a manager at the time, and we were there at the office. And I was on a balcony, which is funny...and Leo had this rental red convertible...and he was kinda going in circles in the parking lot.

"And I knew he was wrestling with the decision to do that movie or not and he just looked up at me, and he said, 'I'm doing it. I'm doing it.'

"And I looked down on him going, I totally understand why you are doing it. And I'm not ready for that. And I think I really wasn't ready for it."