Jamie Lynn Spears and her husband watched on in horror as their daughter Maddie's ATV flipped into a pond. The couple desperately tried to save her but couldn't free her from her safety belt.

The eight-year-old was eventually rescued by paramedics and was rushed to hospital where she remains in a critical condition.

Maddie had been driving the Polaris ATV when she swerved to avoid a drainage ditch. That's when the vehicle flipped into the pond and immediately went under - trapping her underneath, according to the police report. 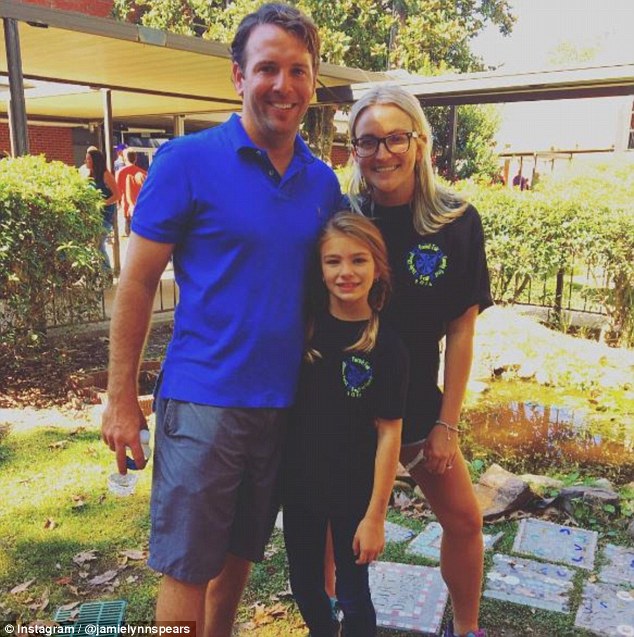 Spears' rep issued a statement on Sunday after the crash saying, 'Right now the Spears family asks that everyone respect their privacy during this time and appreciates all the prayers and support for their family.'

She made headlines in 2007 when she became pregnant with Maddie at 16; the child, whose father is Jamie Lynn's ex Casey Aldridge, was born June 19, 2008.

The young mother opened up about the experience last year in a TLC documentary titled Jamie Lynn Spears: When the Lights Go Out.

She's since turned her attention toward a career in country music, putting out an EP titled The Journey three years ago.