Jennifer Lopez has blown everyone away with a mega-medley of her biggest hits.

Performing live at this year’s MTV Video Music Awards the singer celebrated her music career by smashing out a mix of Waiting for Tonight, One the Floor, Dance Again, Ain’t Yo Mama, El Anillo, Love Don’t Cost a Thing, Get Right, Jenny from the Block and I’m Real – which even saw an appearance from rapper Ja Rule.

Backed by a group of dancers the 49-year-old showed off her best moves, wowing the crowd, which included her new flame, former professional baseball player, Alex Rodriguez.

Jennifer was also the recipient of the coveted Michael Jackson Video Vanguard Award.

In her acceptance speech, she paid tribute to her 10-year-old twins, Max and Emme.

"I grew up on MTV, it’s really a tremendous honour for me," Jennifer said, holding her golden Moonman.

"It has been an incredible journey, dreaming my wildest dreams and then, kind of watching them come true. Music, acting, performing, this career, has always been kind of an obsession for me. When people have said ‘You’re doing too much, you can only do one thing’ … I always had it in my mind, I was always a person who was like, ‘Why not?’" 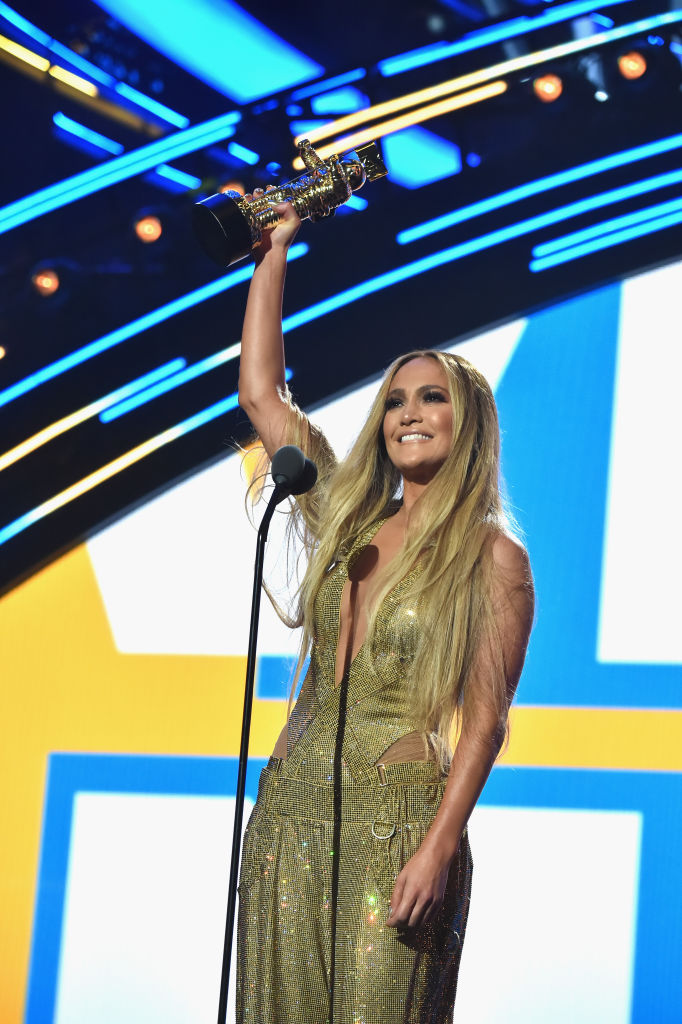 "So thank you, Max and Emme, there’s so much more to do and I know in my heart that the future is even brighter than anything I could’ve accomplished now because of you."

Jennifer Lopez made history with her win, becoming the first Latin artist to take home the award show's highest accolade.