When it comes to maternity dresses Kate Middleton has her favourite and it could hold a clue to if she is having a baby boy or girl.

The Duchess of Cambridge showed off her growing baby bump donning the elegant floral dress that she has worn not once, but twice before while she was pregnant with Princess Charlotte. The blue and green dress designed by maternity brand Seraphine sells for NZ$122 (£65). The Royal wore the go-to dress this week during a public engagement at the Reach Academy in London, which is one of the schools involved with the Place2Be charity.

But Kate first sported the stylish look in January 2015 at Family Friends in Kensington and again in February during a visit to the Emma Bridgewater factory in Staffordshire. This was while Kate was roughly 5 months pregnant with her second child, Princess Charlotte - which is almost exactly how far along she is in her current pregnancy.

Could this be a sign that she's having another girl? 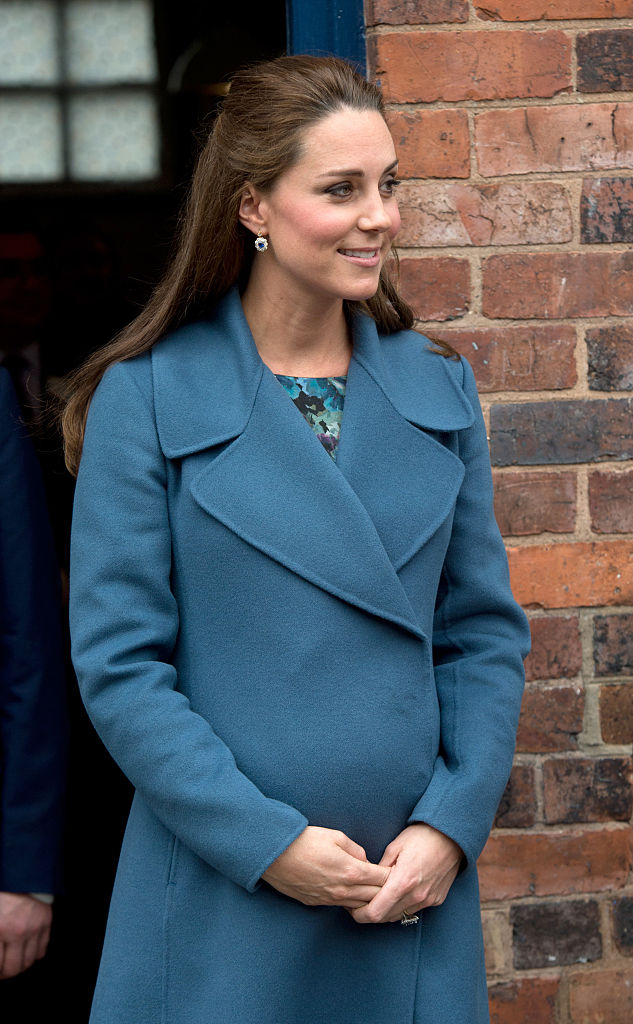 In any case, Kate is definitely a fan of the dress, as well as the rest of Seraphine's range.

While after giving birth to Prince George in 2013, Kate wore a fuchsia knot-front Seraphine maternity dress in their family's first official photo.

Perhaps down the line Kate's style will rub off on Meghan Markle - who is set to marry Prince Harry at the end of May - and we'll see the former Suits star also wearing Seraphine dresses.