Last week we got our first and only glimpse of Prince Louis.

And while all eyes were on the newborn royal, we couldn't help but get a sense of deja vu when Kate Middleton stepped out at the Lindo Wing.

The mum-of-three appeared to be channeling her late mother-in-law while debuting her second son to the world.

Wearing a bespoke loose-fitting, knee-length red dress with a white Peter Pan collar from Jenny Packham, the Duchess of Cambridge was the spitting image of Princess Diana nearly 34 years ago, when she presented Prince Harry to the public. 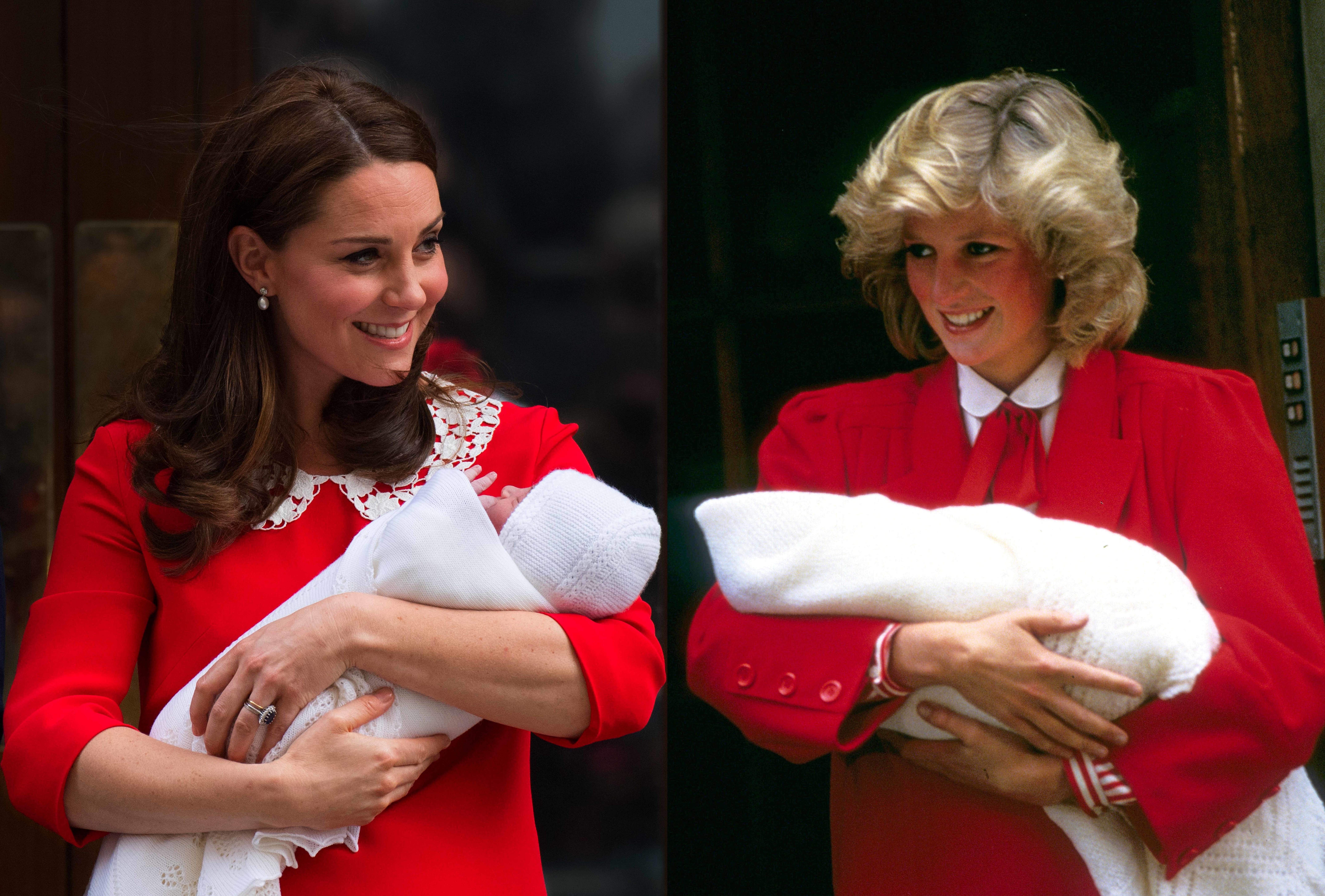 Diana - who died in a car accident in 1997 - also wore a red outfit featuring a long scarlet jacket by Jan van Velden and a white Peter Pan collar.