The 51-year-old actor passed away earlier this year after suffering a massive stroke so never got to see his last project, Quentin Tarantino's Once Upon a Time in Hollywood, and while Jack Perry found it hard to see him on the big screen again, he was "very proud" of the film. 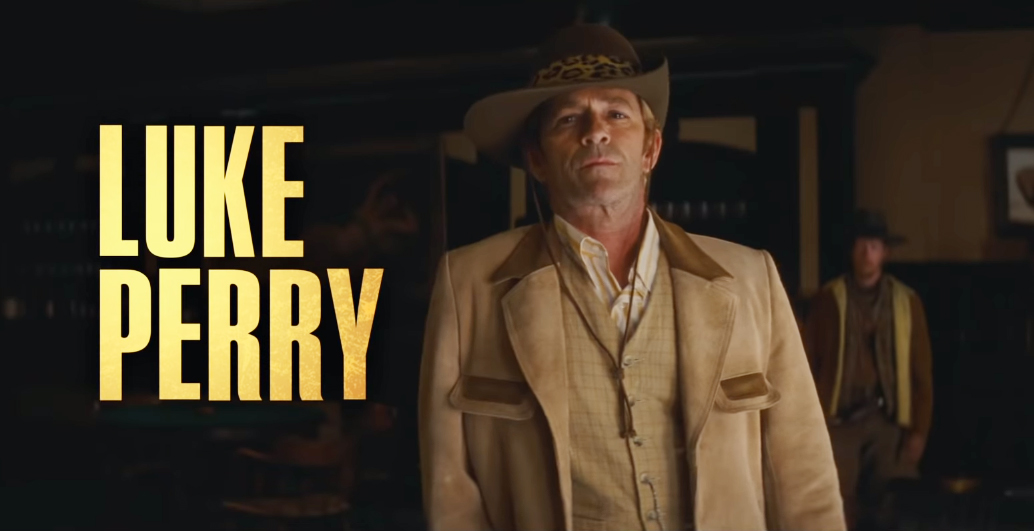 Luke Perry in Once Upon a Time in Hollywood.

Earlier this week, Jack, 22, climbed on top of the movie's billboard as it premiered in Los Angeles and he felt like he "had" to do it in tribute to his dad.

He explained: "I kind of just had to do it.

"I like climbing stuff and I saw it there. I just wanted to - it will only be there for so long and I kind of wanted to commemorate it being there forever in a way and it's kind of just my natural thing to go climb on stuff."

Big premiere tonight. He deserved this, and I’m very proud of it. A stud in life, and forever after. The best of the best. Love you forever. Thanks @dannydrone_ for capturing and making this for me.

The wrestler is very "proud" that the world has realised what a "really good guy" the Riverdale actor was.

He said: "The thing that I'm most proud of about my dad, always, is that he was a really good guy.

"And you know, not everyone got the chance to know him. But I think the outreach and support, I think, it kind of shows that. I'm happy to see it. He was loved by everybody and it's nice to see that from everybody and it's a nice thing." But Jack admitted it can be tough to have his grief shared by so many people.

Asked if it's difficult to share his grief with the world, he said: "Yes and no.

Once Upon a Time in Hollywood is set to be released in New Zealand on August 15.