It's been a tough third pregnancy for Catherine, the Duchess of Cambridge.

But despite suffering from the rare condition hyperemesis gravidarum (a severe form of morning sickness) and being forced to announce her pregnancy early as a result, the mother-of-three never wavered in the style stakes, inspiring sophisticated maternity looks on royal tours and public events right up until her baby's birth.

From double-breasted coats to empire-lined gowns, nothing was off the table for the expecting Duchess.

Halfway through her pregnancy, she visited chilly Sweden, calling for a series of cosy outfits accented with fur hats and puffer jackets. The Duchess later turned on the glam with a gorgeous full-length gown while dining with the royal family of Sweden.

Here we've rounded up 10 of the Duchess' best pregnancy looks:

The Duchess wore this mint Jenny Packham dress and coat, fastened with a bow, at an event for the Royal Society of Medicine in London. She paired the look with a nude clutch and nude suede heels by Gianvito Rossi. 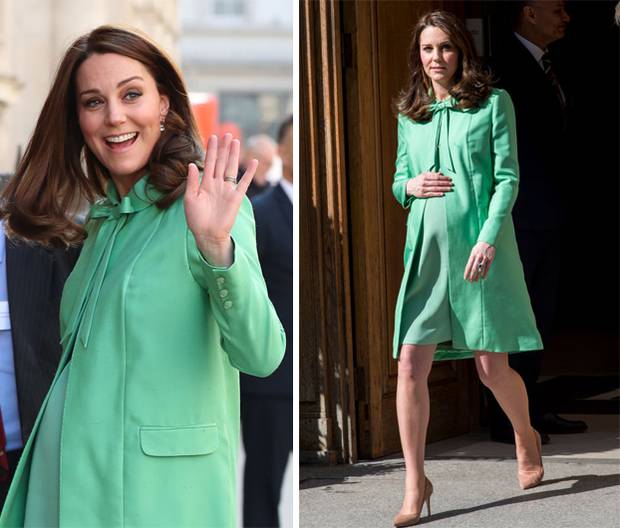 Catherine arrives at the Royal Society of Medicine on March 21 in London. Photos / Getty Images

Kate fittingly wore a green Catherine Walker coat with matching green beret, as she and the Prince attended a St Patrick's Day parade in West London. 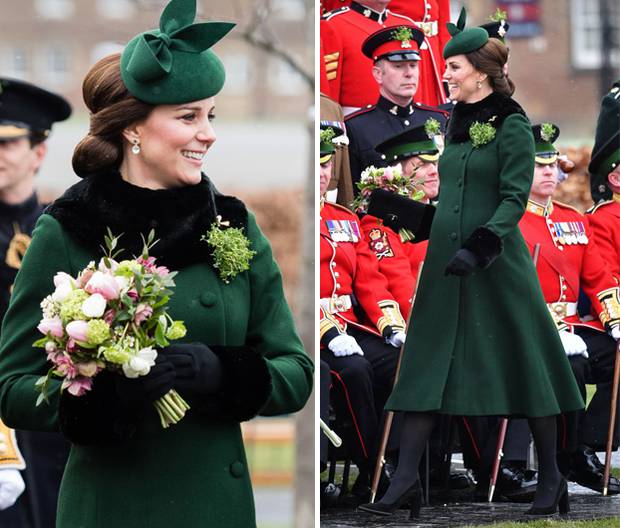 Catherine opted for an all navy outfit to mark Commonwealth Day in London. She wore a Beulah London coat over a navy dress, which also matched her navy suede Jimmy Choo purse and Rupert Sanderson pumps. 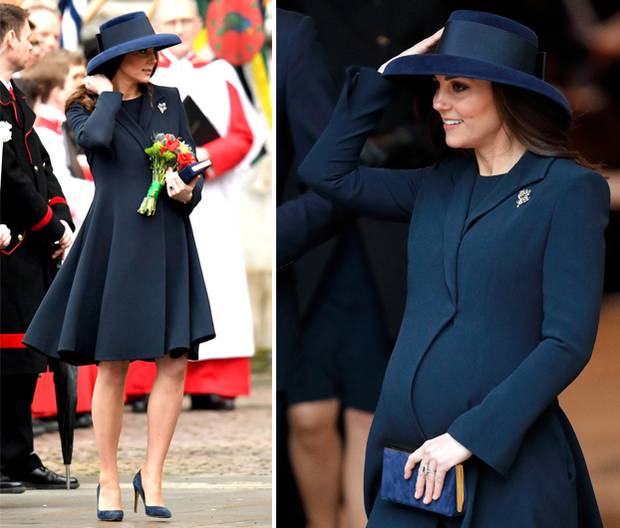 The Duchess wore this blue Jenny Packham ensemble in what seemed like a nod to the nurses' signature uniform when she visited The Royal College of Obstetricians and Gynaecologists in London. 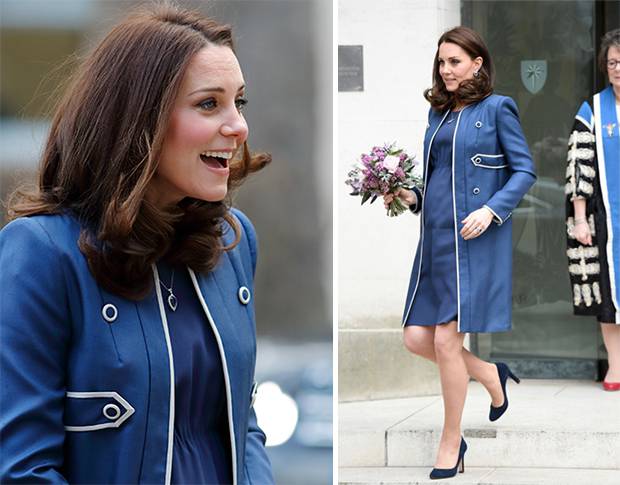 The Duchess Of Cambridge visits The Royal College of Obstetricians and Gynaecologists in London. Photo / Getty Images

Kate sparked controversy when she wore this emerald green Jenny Packham dress to the Baftas. Attendees were encouraged to wear black in support of the Time's Up anti-sexual harassment movement, but royals shy away from donning black as it signifies mourning. 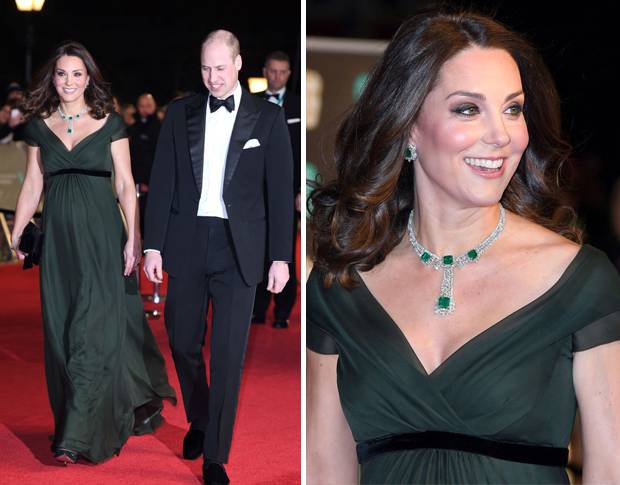 The Duke and Duchess on the red carpet at the British Academy Film Awards 2018. Photo / Getty Images

Twinning with her husband Prince William, Kate and her beau wrapped up in puffer jackets, beanies and gloves as they wandered through a snowy mountainside in Oslo, Norway. 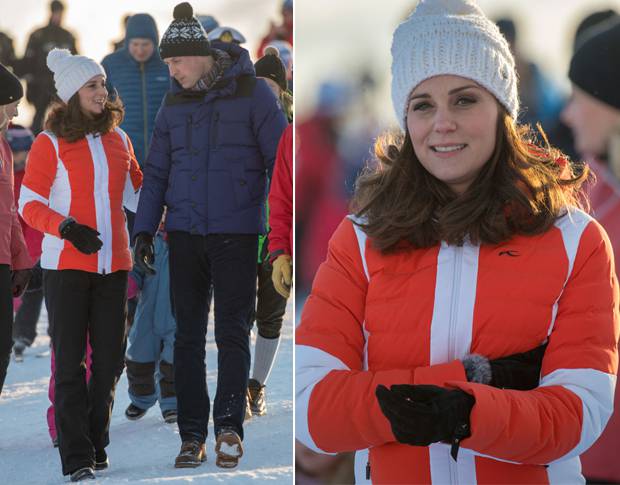 The Duke and Duchess at an event organised by the Norwegian Ski Federation in Oslo, Norway. Photo / Getty Images

Kate keeps her bump warm and ever so stylish, wearing a plum-coloured Dolce & Gabbana coat on a cold day in Norway. 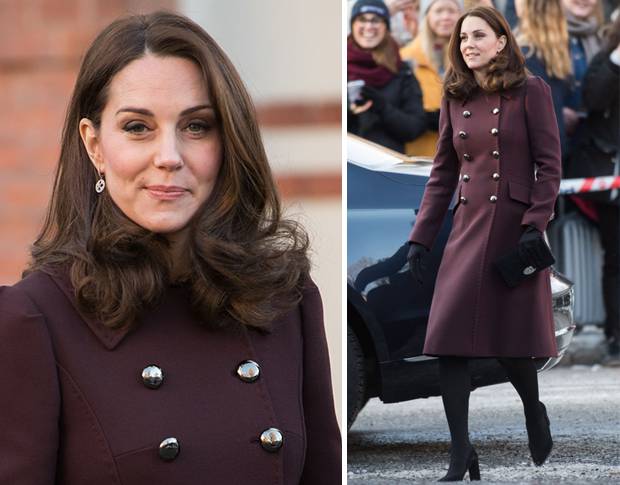 Catherine arrives at the Hartvig Nissen School on Day 4 of the royal's Sweden and Norway tour. Photo / Getty Images

Staying cosy in fur-trimmed gloves and a matching hat, the Duchess wore a bold blue Catherine Walker coat during a walkabout at a sculpture park in Norway. She completed the look with knee-high brown suede boots. 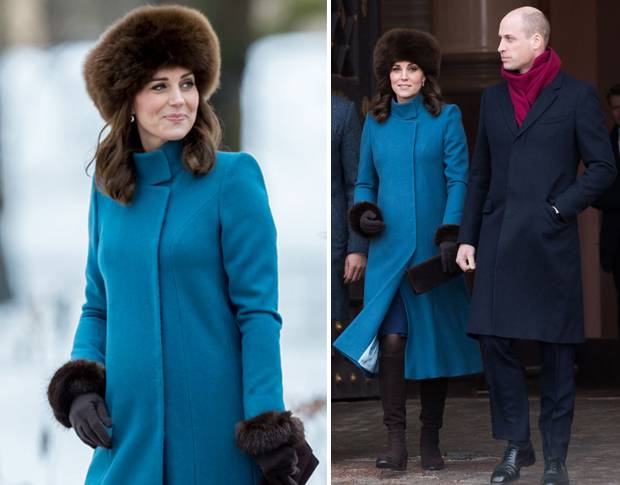 Catherine had all eyes on her when she entered the room in this gorgeous blush Alexander McQueen gown and cape, for a formal dinner with The King and Queen of Norway. 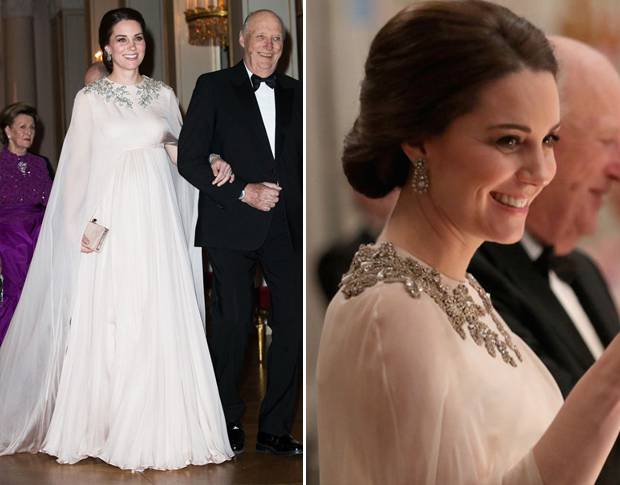 In perhaps a nod to 90s-era Princess Diana, the Duchess wore a Catherine Walker-designed red and white houndstooth coat, paired with burgundy accessories, on a chilly day in Stockholm. 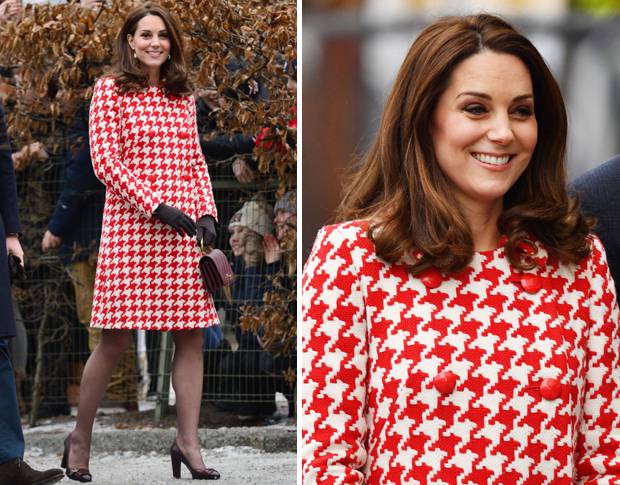 The Duchess of Cambridge arriving at the Karolinska Institute in Stockholm. Photo / Getty Images