Prince William has revealed that Princess Charlotte is already "obsessed" with fashion - after being gifted a pink satchel embossed with her name.

The Duke of Cambridge, who is celebrating his 36th birthday today, also confirmed that pink is the 3-year-old royal's favourite colour, according to Daily Mail.

He was presented with satchels - fittingly named the "Mini-Windsor" for Charlotte and her brothers Prince George, 4, and 2-month-old Prince Louis during a visit to Liverpool this week. According to the Liverpool Echo, William told bag-makers Keith and Gail Hanshaw: "Charlotte will be obsessed with that – I'll never be able to get it off her."

He also confirmed to them that Charlotte loves pink, after the Duchess of Cambridge revealed it was her favourite colour last November.

It comes after Charlotte donned a pink floral dress while joining Kate and brother George to watch William take part in a polo match last week.

At the event, the young princess was seen leaping around with a pair of sunglasses, while also showing off her acrobatic moves. 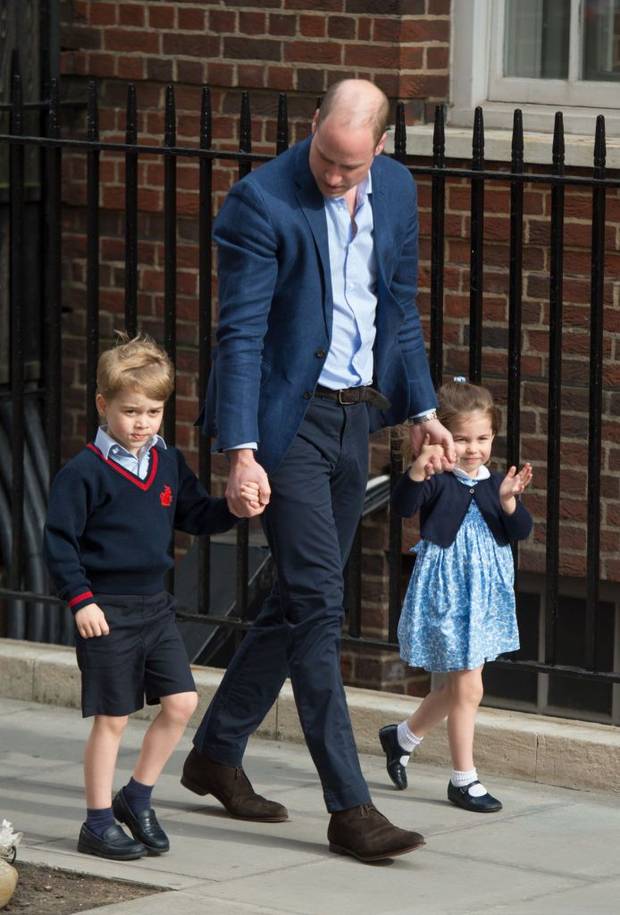 Meanwhile, Charlotte also won over more hearts at the Trooping the Colour, when was seen applauding the flypast with cousin Savannah Phillips.

The youngster wore a blue floral dress for the occasion, co-ordinating with Kate's pale blue dress by Alexander McQueen.

In fact, the Duchess of Cambridge appears to regularly match Charlotte's outfits to her own, particularly at official events. The young princess's interest in fashion no doubt comes from her mother, who has routinely won style plaudits for mixing bespoke designer pieces with High Street pieces.

Fashion expert Simon Glazin told FEMAIL: "The mini-me matchy-matchy trend has to be well executed to pull it off, and Kate's stylist, Natasha Archer, has done a brilliant job with the Duchess and Princess.

"Usually opting for pastels, the mum and daughter pair look oh-so-gorgeous together. "And I think it shows once again that the young royals are moving the monarchy on - you wouldn't catch the Queen and Princess Anne in matching lilac skirt suits."

The young princess has clearly perfected her wave, showing it off while acting as a bridesmaid at the royal wedding last month, as well as outside the Lindo Wing when she met baby brother Louis for the first time.

The Duke of Cambridge was in Nottingham today, as he turns 36, for the opening of the newly built Defence and National Rehabilitation Centre.