Princess Eugenie wanted to open up about her past with her wedding dress.

The 28-year-old royal famously opted for an open back dress at her wedding to Jack Brooksbank last year as she wanted to show off her scar from her scoliosis surgery. Speaking in an audio guide, she said: "I had always wanted a low back - part of it was showing my scar and I believe scars tell a story about your past and your future, and it’s a way of getting rid of a taboo.

For me, it’s a way of communicating with people who are going through either similar situations with scoliosis or having a scar of their own that they are trying to deal with ... We started getting a lot of letters from people who were happy that I had stood up and showed my scar, and people with scoliosis, letters from girls that are going through the same thing and I definitely was very touched by everyone’s support." The dress - designed by Peter Pilotto and Christopher De Vos - is now being displayed at Windsor Castle as part of a new exhibition.

Curator Caroline de Guitaut added: "The fabric is so extraordinary, the level of detail and attention that has gone into creating this bespoke jacquard weave is really fascinating. It does the same job as embroidery but in a totally different very modern way. And when it came to her tiara, Eugenie was amazed to wear one that was "such a piece of history".

She added: "I’ve never worn a tiara before in my life. It was the most incredible thing to wear such a piece of history that my grandmother had lent me, very proud moment and the beautiful earrings were a gift from my husband." 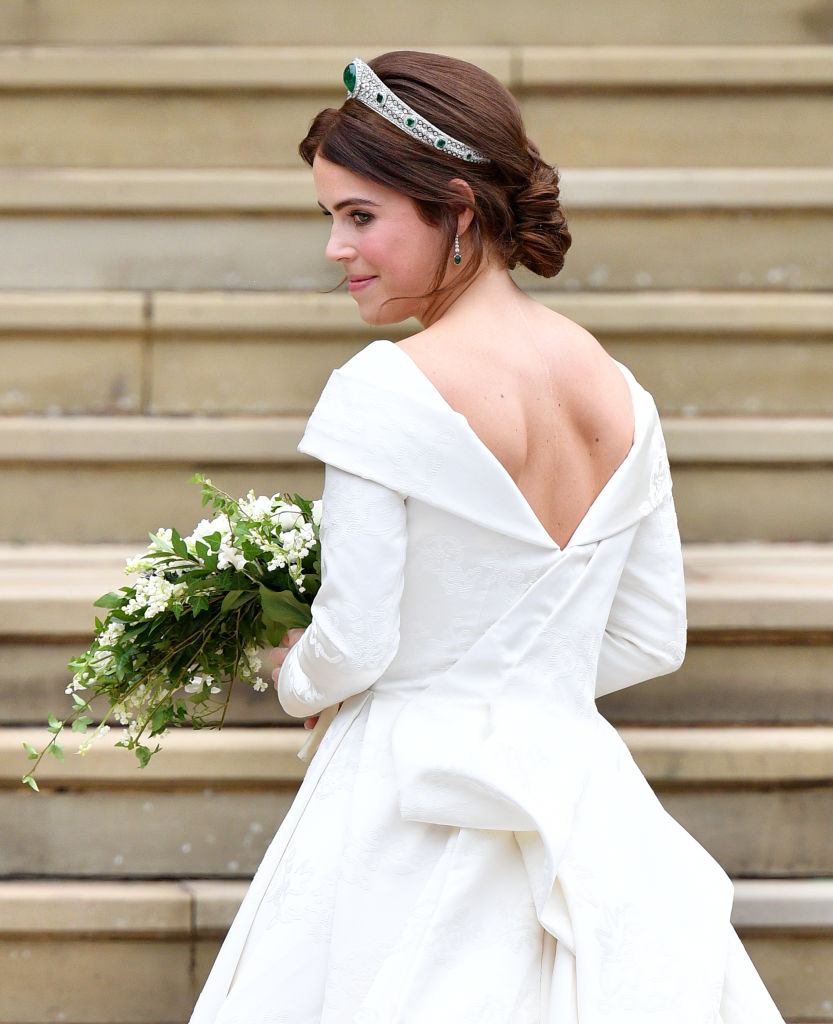