The Queen has been left heartbroken after the death of her last corgi. Willow, who was almost 15, was put to sleep at Windsor Castle on Sunday.

The dog had a cancer-related illness and the Queen did not want her beloved pet to suffer further. The death brings to an end a remarkable history between the Queen and corgis dating back more than eight decades, the Daily Mail reports.

Willow was the 14th generation descended from Susan, a gift to the then Princess Elizabeth on her 18th birthday. But her heritage dates back even further, to 1933, when the Queen's father George VI (then Duke of York) introduced a corgi, Dookie, into the Royal Family.

Insiders say the Queen has been hit "extremely hard" by the loss of Willow who had become her most devoted companion, accompanying her as she moved between her four royal homes, reported the Daily Mail.

A new photograph of The Queen at home at Windsor Castle, taken by Annie Leibovitz, will feature in @VanityFair in celebration of #Queenat90

"She has mourned every one of her corgis over the years, but she has been more upset about Willow's death than any of them," says a Buckingham Palace source. "It is probably because Willow was the last link to her parents and a pastime that goes back to her own childhood. It really does feel like the end of an era."

This is not, however, the end of the Queen's dog-owning life, she has two dorgis – corgi-dachsund crosses – Vulcan and Candy.

And last year she agreed to adopt a corgi, Whisper, after the death of his owner, a former Sandringham gamekeeper.

However, the link with Willow, who was pictured in the official portrait to mark the Queen's 90th birthday two years ago, was a precious one.

"Willow represents a significant thread running through the Queen's life from her teenage years to her 90s," says a courtier. "For many, many years she bred and raised corgis and to think that the last one has now gone is something of a milestone."

The Queen is 90! #HappyBirthdayYourMajesty #Queenat90 The Queen with her beloved pets Willow, Vulcan, Candy and Holly at #WindsorCastle

In 2015 it emerged that she had stopped breeding Pembroke Welsh corgis because of fears that, with younger dogs around her feet, she might trip over and hurt herself.

Her Majesty was still feeding and exercising Willow until the weekend, when the dog's condition worsened. On Sunday afternoon, the decision was taken to call a vet.

"She does not like seeing her dogs suffer and she knows that sometimes putting a dog down is the kindest course of action – although that doesn't make her loss any less," says the source. One comforting fact was that Prince Philip, recuperating from his hip replacement operation, was able to be with her at Windsor. 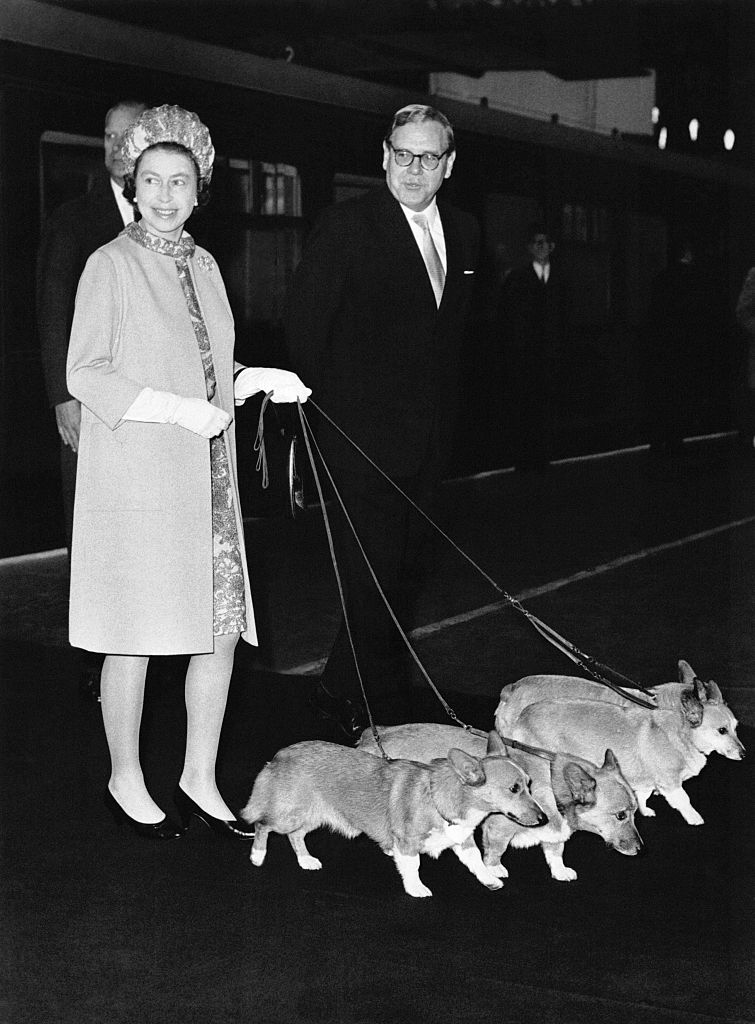 It is understood the dog has been buried in the castle grounds. In time there will be a headstone bearing the pet's name and the words "a faithful companion of the Queen".

Willow's death comes 18 months after the loss of Holly, who died at Balmoral aged 13.

Both appeared with Daniel Craig in the James Bond sketch for the opening of the London Olympics in 2012. 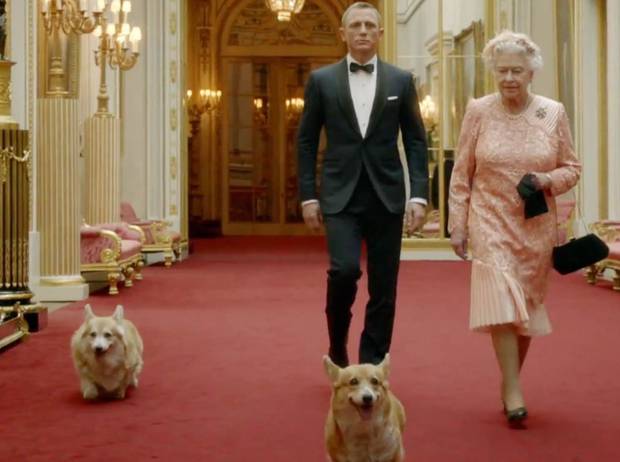 The death comes in a busy week for the Queen, as she welcomes leaders to the Commonwealth Heads of Government Meeting in London. But, however preoccupied she is, the Queen always finds time for her dogs. She likes to feed them herself with the finest cuts of meat and chicken, as well as crumbling up treats from her own plate.

Since 1945, she has had more than 30 corgis – many of them direct descendants of Susan, whose first puppies, Sugar and Honey, born in 1949, marked the beginning of a new royal dynasty. At one stage there were said to be 13 corgis lolling in the Queen's private sitting room and nipping the heels of footmen, prime ministers and ladies-in-waiting.

Former royal butler Paul Burrell, whose duties included being armed with blotting paper and a soda syphon to mop up doggy accidents, claimed he was once knocked unconscious after nine corgis tripped him up. 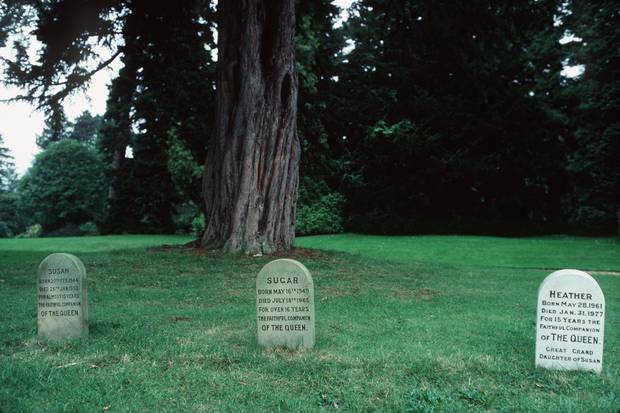 They haven't all had long lives, however. In 2003, Pharos was savaged by Princess Anne's bull terrier Dotty and had to be put down. And in 1989 the Queen Mother's dog Ranger led a pack of corgis that killed Chipper, the Queen's favourite dorgi.

Buckingham Palace declined to comment, saying only: "It would be a private matter."