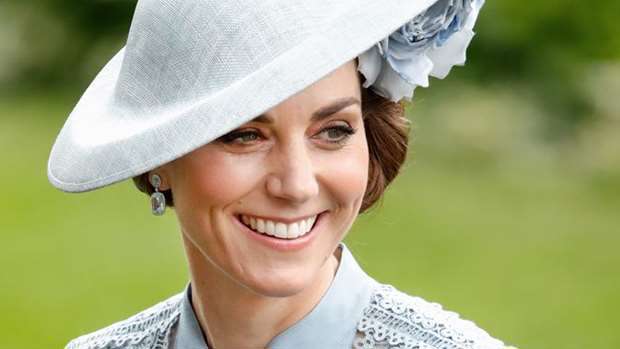 The Duchess of Cambridge has celebrated her 38th birthday with a stunning new portrait.

Shared to the royal's official Instagram account, the snap - taken by photographer Matt Porteous - shows Kate Middleton smiling as she sits on a wooden fence wearing a casual and chic ensemble.

"Thank you, everyone, for all your lovely messages on The Duchess of Cambridge’s birthday!" the photo was captioned.

Thank you everyone for all your lovely messages on The Duchess of Cambridge’s birthday! Photo 📷 by @MattPorteous

The photo appears to have been taken during the same photoshoot at Anmer Hall in 2018 which gave us the Cambridge's adorable family photo.

Sadly Kate's birthday has been somewhat overshadowed by Prince Harry and Meghan Markle's shock announcement that they will "step back" from the Royal Family.

However, that didn't stop the Sussexroyal Instagram account from leaving Kate a birthday well-wish in the comments section of her photo, writing: "Wishing a very happy birthday to The Duchess of Cambridge today!"

The Queen also wished her granddaughter-in-law "a very Happy Birthday", sharing a selection of photos of the royal pair together.

The Duke and Duchess of Cornwall also shared some sweet snaps in honour of Kate's birthday.

Elsewhere, Queen Elizabeth II is apparently working to find "workable solutions" after the Duke and Duchess of Sussex announced they would be stepping down as senior members of the Royal Family.

The 93-year-old monarch has announced she will be teaming up with her son Prince Charles and grandson Prince William to work "together at pace” with the Sussex household after they stepped back from royal duties earlier this week.

A new statement from the Royal Family reads: "The Queen, the Prince Of Wales and Duke of Cambridge have directed their teams to work together at pace with the government and the Sussex household to find workable solutions."

A statement from Buckingham Palace regarding The Duke and Duchess of Sussex. https://t.co/1qtTEHiIq6

On Thursday the Sussexes - Prince Harry and Duchess Meghan - unveiled a brand new website following on from their announcement, which detailed plans for their "new working model" as the couple intend to move into a "progressive new role”.

The website explains the pair's new media relations policy, as well as looking at the future of their charities and explaining how they will be funded.

At one point, the site explains: "Under the current structure and financing arrangements, they are prohibited from earning any income in any form."

The new system will see them give up their Sovereign Grant income - which comes from the money the Queen gets from taxpayers each year - and instead earn money through commercial deals and charity work.

Sussexroyal.com noted that Harry and Meghan "value the ability to earn a professional income, which in the current structure they are prohibited from doing" - although they will still continue to base themselves at Frogmore Cottage with the Queen's permission, and taxpayers will fund their security.

The detailed website also addresses changes to their approach to the media, including stepping away from the 'royal rota' system and offering access to invited media, as well as offering news via their own official channels and communications.