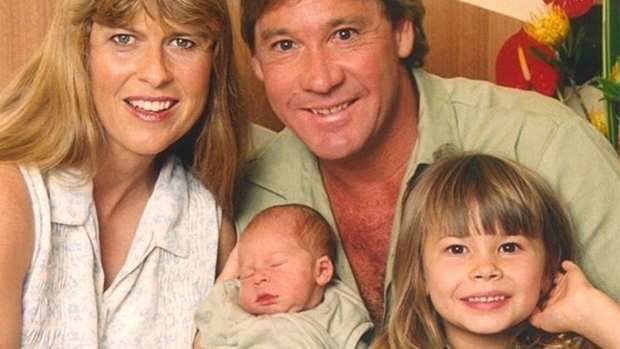 Terri Irwin has marked the 28th anniversary of her engagement to her late husband Steve Irwin.

The 55-year-old conservationist paid a touching tribute to the Crocodile Hunter - who died in 2006, at the age of 44, after he was stung in the chest by a stingray barb - on the milestone and shared a picture from the day he proposed at Australia Zoo.

She captioned the Twitter post: "It was 28 years ago today, here at @AustraliaZoo, that Steve asked me to marry him.

It was 28 years ago today, here at @AustraliaZoo, that Steve asked me to marry him. Life is constantly changing. Love is forever. pic.twitter.com/KKBRjEQwvq

Their daughter got engaged herself to Chandler Powell in July.

Terri previously said she "loves" Chandler and his family, and can't wait for them to merge when the couple ties the knot this year.

28 years ago the two greatest Wildlife Warriors got engaged here @AustraliaZoo. Their love for each other and our planet continues to inspire us all. Mum & Dad, Thank you for teaching me the meaning of unconditional love. Happy engagement anniversary. I love you.

She said: "I love Chandler's family! You forget that when your daughter is getting married, you get this great man as part of your family, but you also get his family."

Following the passing of Steve, Bindi has asked her brother to walk her down the aisle on her big day.

But the 'Crikey! It's The Irwins' star will still incorporate her late father into the wedding ceremony.

She said: "I really wanted Dad to be a big part of the day, so I'm excited to be able to incorporate him throughout the ceremony and the reception, and I think it's going to be really special because I feel like his spirit lives on in us. It's going to be a celebration of family and friends, our wildlife, and I think that night, it'll be about our lives together and the joining of families. It's going to be beautiful."