The Chase host Bradley Walsh suffered a horror injury after falling off a bull during a kids' rodeo in the US.

While filming his television show Breaking Dad with son Barney, the actor decided he'd give bull riding a go.

But the stunt ended badly after he bailed and broke his back in three places.

In typical Walsh fashion, he soldiered on and was up walking and driving the next day.

He said: "It sounds a bit more severe than it actually is… What happened was, I fell awkwardly, purely my own fault.

"My life's ambition was to go on a rodeo and they [the show's crew] always say to me, Barnes says to me, 'What would you really like to do Dad?' And I say, 'I would love to do a rodeo', because I love cowboy films…"

He laughed: "And then you have the chance to go in the novice class with all the kids and the girls and the mums and the dads, because it was a family day. And I was like, 'yeah I'll have a go at that'." 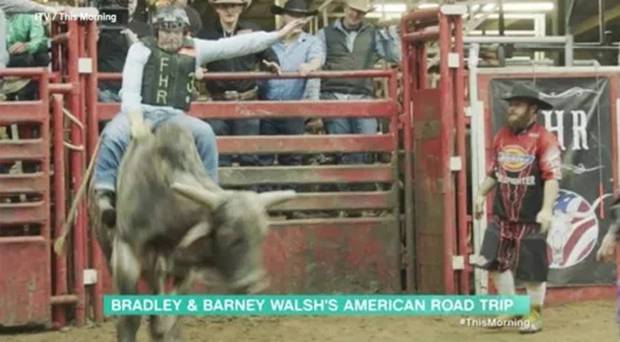 Unfortunately, he slipped off the animal and fell awkwardly.

General fractures take four to six weeks to heal with rest, while some patients need a brace. 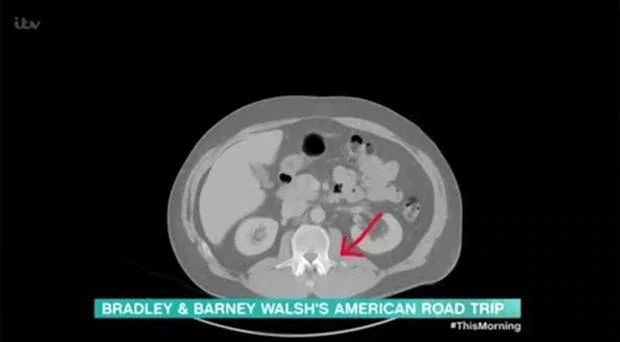 Speaking about his father's accident, Barney said he was impressed with how much he accomplished during their trip despite the back fractures.

"He's really surprised me, I'm so proud of him for everything he's done."

Breaking Dad is a British television series in which Barney takes Walsh on a coming of age road trip across the United States.