We're used to only ever seeing her in a grey suit with her hair slicked back, but for the UK's National Television Awards Anne Hegerty (AKA The Governess) left fans shocked after she debuted a dramatic makeover.

Attending the ceremony to accept awards for her appearances on The Chase and I'm a Celebrity Get Me Out of Here, Anne looked strikingly beautiful in a silver metallic gown, accessorised with a pearl necklace and a black handbag.

The 60-year-old star also rocked a pair of stylish stiletto heels, while her makeup was immaculate for her appearance at the star-studded event. 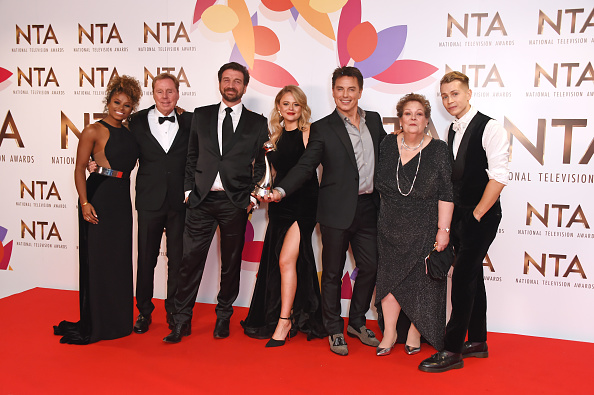 While fellow Chaser Jenny Ryan's nickname on the show is "The Vixen", fans commented on Anne's appearance at the event, saying that she should be called the "Vixen" from now on.

Previously, Anne has revealed that she is not a fan of her uniform on The Chase. "You can't imagine how much I dislike the suit," the 59-year-old said. "That is not what I would have chosen to wear."