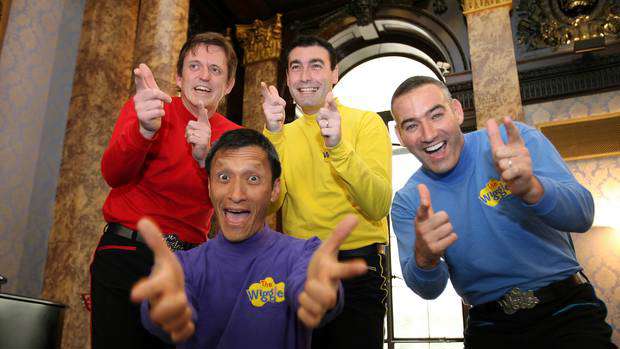 Two Wiggles cast members and a nurse in the audience saved the life of Yellow Wiggle Greg Page after he suffered cardiac arrest during the band's bushfire relief concert in Sydney.

Page remains in hospital, but was awake and talking by the early hours of this morning, The Wiggles manager Paul Field told Seven News outside hospital.

The photo was captioned: “We’ve visited Greg this morning & he wanted to thank everyone for their well wishes. He’s so grateful for the messages of love & support from⁣ around the world. Greg’s main concern was that the show tonight should go on. Let’s do it for Greg whilst raising much-needed funds.”

We’ve visited Greg this morning & he wanted to thank everyone for their well wishes. He’s so grateful for the messages of love & support from⁣ around the world. Greg’s main concern was that the show tonight should go on.⁣ Let’s do it for Greg whilst raising much needed funds pic.twitter.com/8CBT7P8roA

"A nurse in the audience took charge but two of our cast - Steve the drummer and Kim who works in our office - did CPR on him. They saved his life."

Update: At the end of the show this evening there was a medical incident off stage involving Greg Page. Medics were called immediately and he was taken to hospital where he is receiving treatment. We will provide more information as it comes to hand.

As has been reported, our friend Greg Page suffered a cardiac arrest at the end of the bushfire relief performance and was taken to hospital. He has had a procedure and is now recovering in hospital. We appreciate your kind messages and concern.

Page stopped breathing a number of times and a defibrillator was used on him three times, Field told Seven News.

He was able to see Page in hospital after 3am and found the 48-year-old groggy and unable to remember much, he said.

But despite his own situation, the Wiggle original - who reunited with other original members of the children's group for the sold-out concert - was thinking of his fans.

After Page's collapse, which happened about 10pm, the other band members returned to the stage to sing Hot Potato.

"We're going to sing it for Greg and hope he gets better real quick," Blue Wiggle Anthony Field said.

Page has suffered from fainting spells and chronic fatigue in the past. He hung up his yellow skivvy in 2006 after being diagnosed with orthostatic intolerance, which left him unable to perform and needing a cane to walk. However, he briefly returned to the group a few years later.

The concert, which was being live-streamed online, was the first time the band's founding members had played together since 2012.