If you have ever dreamt of living next door to royalty: you're in luck!

The Duke and Duchess of Cambridge are about to welcome new neighbours, with a two-bedroom cottage located next to the royal couple's picturesque Norfolk home of Anmer Hall up for rent.

The house is located just a short distance from the royals' home and is available to rent for just £700 (about NZ$1,300) a month.

Not many details have been made available about the terraced home, but we do know the newly-refurbished property - which is referred to as 20 Cherry Tree - comes with a large garden and off-road parking. The listing for the brick house, located opposite the gated drive to the royal couple's Georgian mansion, does come with a direct warning: "Please be aware that this property has steep stairs."

It also has a "strict no cats policy" - though some dogs may be permitted on a case-by-case basis.

But according to the Sandringham Estate website, not just anyone will be allowed to live in such close proximity to the future king of England and his brood.

"Properties are not let on a first-come, first-served basis," reads the website.

"But rather on which prospective tenant is best suited to the property."

"Sandringham's housing policy is to let properties as a primary residence, prioritising those who live and work locally. Those moving to the area are also considered."

The small village of Anmer has just 29 houses and a population of 63.

William and Kate were given their country home - a 10-bedroom mansion - as a wedding present from the Queen. 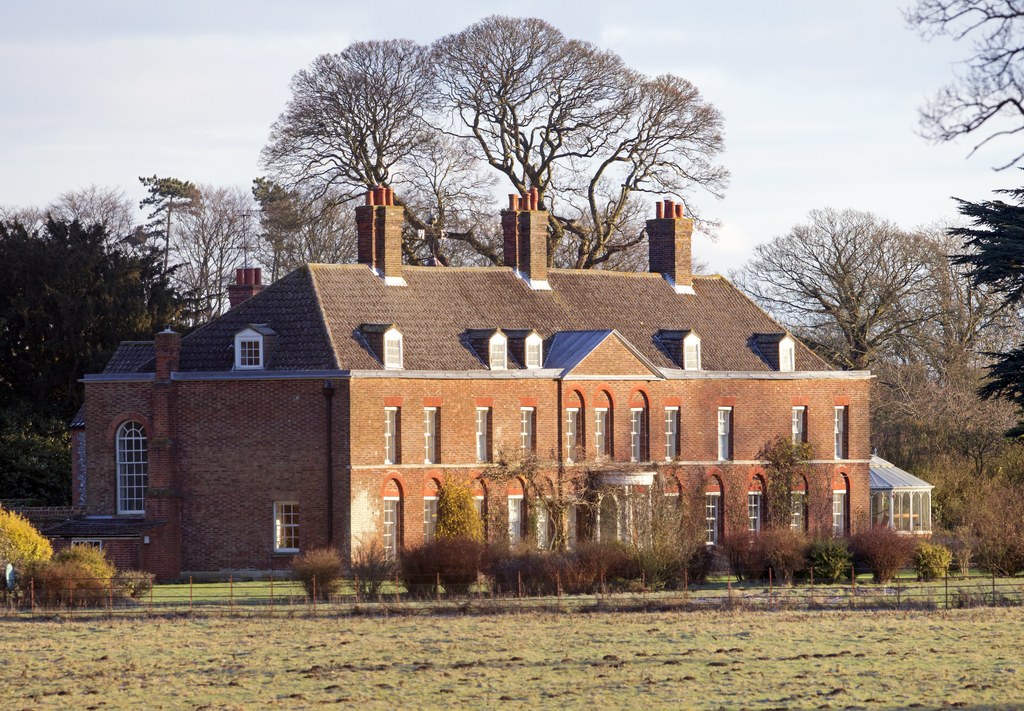 The Duke and Duchess of Cambridge's Anmer Hall home.

The couple lived at the property after welcoming Prince George in 2013.

However, they moved back to London to live full time at Kensington Palace, travelling to the country home for summer breaks.

Princess Eugenie and her husband Jack Brooksbank also reside on the palace grounds.