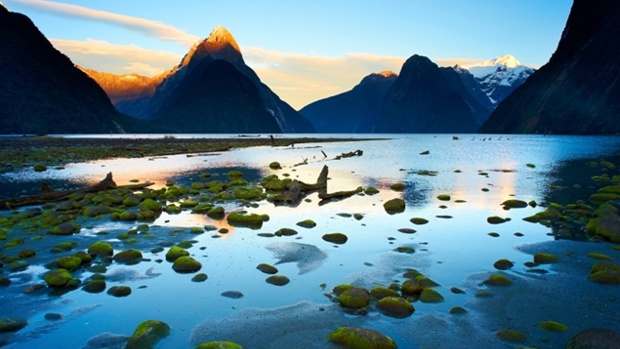 Megan from Scotland came to New Zealand for two years and she wasn't quite prepared for what lay ahead of her.

You can read her full blog post 15 Things No One Told You About Living In New Zealand here.

And I mean everywhere. From the supermarket to restaurants and bars. During the summer months, shoes are just simply not a requirement.

Now this may or may not be the reason why people are barefoot, but when you have to pay $40 per 1kg of limes I can understand why footwear may take a backseat. Not that I've ever bought 1 kg of limes, but i'm just saying if I wanted to then they are bloody expensive. But it's not just limes, $3 for 1 pepper, $10 for some cheddar cheese!! Food is expensive in New Zealand and I think we can all agree #thankgodforpaknsave

Oh man. The coffee. It is just so good. New Zealand invented the flat white and with such an amazing brunch scene, the Kiwi's have perfected the art of coffee making. No where else I've been can quite compare on the coffee front so just beware that NZ will ruin coffee for you for life if you ever leave.

I would say in most other countries I have been to, when you are finished your meal, you ask for the bill and leave cash at the table. Well, not in New Zealand. Here, you go up to the till and pay. It can be a little confusing at first when you are sitting waiting on the bill which never appears. It also doesn't matter how many people there are, even a group of 12 would go up to the till and pay for their meal individually.

5. There are earthquakes all the time.

New Zealand experiences about 15,000 earthquakes per year but thankfully most of these are so deep they cannot be felt. However, about 150-200 earthquakes are felt up and down the country each year, some much more severe than others. During my time in New Zealand I experienced 4 and they are scary. Most buildings are now designed to rock with the earth to absorb the impact so they physically sway from side to side during an earthquake. Due to being on a fault line, this factor is just a normal way of life here.

6. You learn a lot about the direction of wind.

In Scotland, it's generally always windy. Whether the wind is blowing from North, East, South or West it is pretty irrelevant. All that matters is you know once you go outside you can kiss goodbye to your silky, straight hair. In New Zealand, not only does the wind direction matter but you can actually tell which direction it is coming from. Welcome to what is known as a "Southerly", and how do you know it's a Southern Wind? Because it is fricken freezing. Wind's from the South come straight from the Antarctic so be sure to wrap up!

Although of course, English is the national language there are some words which haven't translated over. For example, courgettes are zucchinis, cling film is glad wrap, a cool box is known as a chilli bin, a dairy is a shop, swimming shorts are togs, flip flops are jandals and sweets are lollies. There really is a whole new vocabulary to learn. Oh and "piss" is alcohol.

Whitakers is the national New Zealand chocolate and it is so good! Especially the L&P version which is white chocolate with a lemony flavour coated with popping candy!

Unless you are getting on a bus, everything is paid for with your card. I couldn't even tell you what New Zealand notes looked like as I hardly ever saw any. Even if you are buying a packet of chewing gum, you gotta pay wave that purchase.

10. Everyone is so friendly

New Zealanders are the most laid back, welcoming and friendly nation ever. I can't recall a time over the past 2 years where anyone was ever rude to me. Their customer service is awesome as are the hospitality staff. Everyone is just so friendly and when you move so far away it's so nice to feel so accepted into the kiwi way of life.