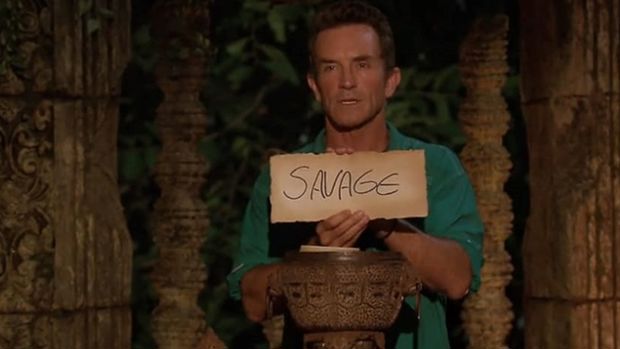 Survivor is a legend of TV. It's been running for 16 years and has a huge fan base.

The filming of the show is always on an exotic location and is filmed around the clock for seven weeks straight. This means that there are literally thousands of hours of footage that get cut down into the thirteen weeks that you see on TV.

What else does it mean? Well, there are a few secrets about the show you might not know. No reality TV show is totally real. You may have guessed or assumed some of these things and some might come as a complete surprise.

So what are the producers and directors and even “writers” of Survivor trying to hide and what do they keep right out in the open? Here are 15 secrets that you may not have known about the popular reality series, according to therichest.com.

14. They Can’t Go Anywhere They Want

While watching the show, it seems that the players can just take off and roam around anywhere that they want to go. Which is exactly what the producers want you to think. When a cast member supposedly takes off and roams around, in reality they're on a pretty short leash and have to stay within designated areas.

There are encampments for crew members nearby - imagine if a contestant roamed into one and saw something producers didn't want them to see?

13. They Get A Ride To Council

You know when the members of a tribe all leave their camp with their torches and walk all serious-like to tribal council? Yeah, that whole thing does not happen at all. While it looks all dramatic, the reality of the situation is that they all take a Jeep to get there.

12. Medical Is Around More Than You Know

It's a pretty big deal in the shows when they have to call medics after a challenge.

The reality is that all contestants see a medic before and after each challenge, whether it looks like they need to or not. Not only that but there are psychologists that are on hand to monitor the contestants’ mental health.

11. Contestants Can Be Shy

When you sit at home and watch the show on TV everyone seems to be dying to get camera time; in fact it often seems like some people get kind of bummed out for not getting as much screen time as other people do.

10. The Challenges Are Not A Surprise

Well, they are actually a surprise when Jeff Probst announces them the first time but it doesn't quite go down how we think it does. A member of the production crew does a walk through of the challenges with all the contestants, and makes sure they understand what is going on. The players can ask questions and think of strategies while they do this. There is also a group of people that run through it first as a sort of dress rehearsal while the crew gets all set up.

So, they don't know what the challenge is going to be when it is announced but by the time it happens, they have heaps of time to try and work out how they're going to do it, and numerous people have already gone through and tested it.

9. Most Of What Happens Is Boring

A lot of the time nothing happens. Like, really, nothing.

Every day each cast member does a confessional, which is the part of the show where they talk to the crew about what they are thinking, but for the most part people are just sitting around talking to each other and doing absolutely nothing at all.

Figuring out what to do with the crew on a show like Survivor is not an easy thing. The show is, after all, being filmed on an island most of the time.

There are a lot of people who work on Survivor. If there is a nearby city to where the cast is located, the crew lives there at a hotel. This does not happen often, though. More often the show is at a location that is pretty isolated. In this case they, meaning the crew, live in prefab cabins near where the players participate in the show. The cabins have beds and bathroom facilities, and they all eat together in a large catering tent. So while the contestants are roughing it quite a bit, the crew has it a little bit easier.

Yep, it's real. They really go all that time without showering. All they get is a bit of a dip in the ocean from time to time.

They do get to keep things like feminine hygiene products, contact lens solution, birth control, and prescribed medications, but no toothpaste, soap, or razors, nothing that they could use like that.

Good old tribal council, it is almost always one of the highlights of the show. But just like most other things that you see on this show, it's a lot longer than what it seems. What seems like it takes just two minutes really takes anywhere from 45 to 90 minutes.

5. Producers Tell Players What To Wear

While cast members are allowed to bring their own clothes to the show, it doesn’t mean they can wear whatever they want. Producers get to decide what they wear. They have even picked out bathing suits before for players. There are of course the nerdy guys who end up wearing a long sleeved shirt. It's not his fault. The producers made him do it.

Cochran, who is a well known Survivor player, who won the championship one year never wore sweater vests in the real world for example, but the producers told him to wear one because it looked smart and nerdy.

4. They Recruit Most Of The Contestants

If you're trying to get on Survivor, your chances are worse than you thought.

While they get tens of thousands of applications, only a handful are what they are interested in. They usually recruit people to be on the show that they think would make good contestants. For example on the Survivor Fiji season, all of the players were recruited except for one.

3. Players Stay Around After They Are Voted Off

Of course you know that when a player has reached the jury that they stay around the show and don’t leave they go to the Ponderosa and have some awkward conversations and hang out. In fact some of the Ponderosa’s that they show on line are better than Survivor itself. For those of you that don’t know they do a little show after each member is kicked off where they interview them and show them meeting the other contestants who had already been booted.

But the rest of them that are kicked out earlier have to hang out too, at least until the jury is picked; then they can go home. Everyone has to take a 7-week vacation from whatever job they have to be on the show, so it must be a total drag to be the first one out, in more ways than one. It isn’t like you get to go home and chill out, you have to hang around for another month or so feeling like a loser. Well, not just feeling like one, you are a loser.

2. What Happens When The Votes Are Tallied?

After the votes, Jeff meets with the other producers, and they sit around and go back and forth until they decide the order to read the votes that will be the most dramatic.

1. They Use Body Doubles

This one is a little odd. They use a lot of body doubles on Survivor for challenges. So when you are watching a body run around during a challenge on TV it very well might not be who you think it is. They aren’t stunt men, the contestants really do the challenges, but these people make sure that the producers and camera men get the best shots that they need for the show.

They wear the same clothes as contestants, and are used a lot in aerial shots, or sometimes even in close up shots. If you ever notice why you see shots from up above, but never hear a helicopter, it is because the shot you see was filmed later, using body doubles.