New Zealand's quarantine-free travel bubble with the Cook Islands will begin on May 17 - but with a "flyer-beware" caveat and a more precautionary approach should an outbreak happen there.

"It will mean families can reconnect, commercial arrangements can resume and Kiwis can take a much-welcomed winter break and support the Cook Islands' tourism sector and recovery," Ardern said.

In a Facebook video, Cook Islands Prime Minister Mark Brown said: "As we all know, the implications of a closed border have been unparalleled. Families have had to endure months of separation, our health and justice systems have been stretched, and enormous sacrifices across our nation have been necessary to keep Covid out and our people safe.

"Our economy has been devastated. Today we start our journey of recovery. Today, we get we get back into business and today, we start to rebuild.

"To our family and friends both old and new in Aotearoa, believe me when I say we are all looking forward to welcoming you back to the Cook Islands."

Ardern said the start of the bubble is possible because the Cook Islands has taken steps to prevent, detect and manage Covid-19.

The start date was still subject to final checks including airline and airport readiness, and a final sign-off by director-general of health Ashley Bloomfield.

"As in the case with Australia, the bubble comes with a 'flyer-beware' caveat," Ardern said.

"If there is an outbreak in New Zealand, flights are likely to be paused."

It would likely lead to humanitarian support from New Zealand, including health professionals being sent over, and "if required, the return of travellers to New Zealand".

"Rather than just asking everyone to shelter in place, like we would in Australia, we would be more likely to get our people home," Ardern said. 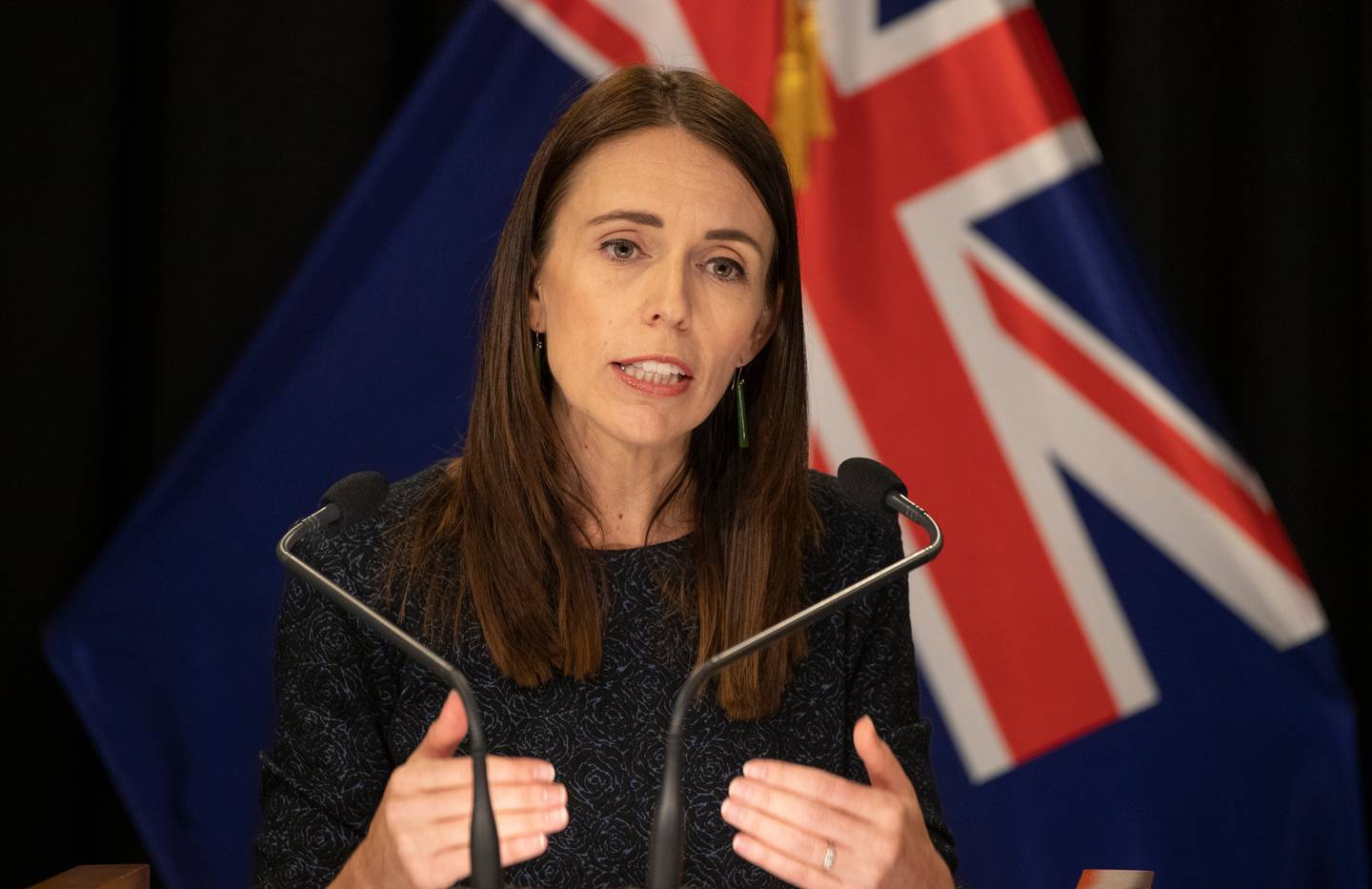 "We view this as necessary to reduce pressure on the Cook Islands and minimise further spread of the virus."

Covid-19 Response Minister Chris Hipkins said that any outbreak in the Cook Islands would likely be accompanied by cases in New Zealand as well.

"We couldn't necessarily just send everybody up to the Cook Islands because there's likely to be work to be done back here as well."

What each country should expect in different scenarios was part of the work to be ironed out in the next two weeks, he said.

Vaccination in the Cook Islands

She said the rollout of the Pfizer vaccine in the Cook Islands is likely to commence this month, but there are still details to be finalised.

Ardern has previously said New Zealand had secured enough vaccines for all of New Zealand as well as the Cook Islands, Samoa, Tonga and Tuvalu.

Ardern said the population of Rarotonga could be vaccinated in a day - going by the current daily vaccination rate in New Zealand.

Hipkins added that the vaccination workforce in New Zealand will be "flat out" from July, so vaccinating the Cook Islands before then would be ideal.

That requirement was a demand from the Cook Islands, Ardern said.

There will be no requirement for a pre-departure Covid-19 test, but travellers will have to complete a travel declaration and provide a health declaration - and there will be random health checks at airports.

Flights will be operating as 'green', with measures in place through the traveller journey to keep travellers separate from 'red' flights in and out of New Zealand where passengers need to enter MIQ.

The other realm countries were next in line for the bubble, but Ardern said Tokelau wasn't in a hurry and travel was more complex as it was via Samoa.

Passengers from the Cook Islands have been able to travel to New Zealand quarantine-free since the end of January, but the Government has been concerned about the risk of travellers taking Covid there.

National Party leader Judith Collins said the start date was a positive step, but the time it has taken is "staggering".

The Government could, and should, be doing a lot more. Several other Pacific islands, including Tonga and Samoa, have no trace of the virus in their communities, and the Government should be working towards granting these Covid-free islands quarantine-free entry into New Zealand.

This would also help solve the massive labour-force shortfall our fruit and vegetable growers are wrestling with, she said.

After the PM's announcement, Air New Zealand said it would fly to the Cook Islands two to three times weekly using its 787-9 fleet once the bubble opens on May 17.

The airline expects to operate daily from July in time for the school holidays.

Air New Zealand chief executive Greg Foran says it's terrific to be opening the bubble between Rarotonga and New Zealand in both directions after four months of a one-way arrangement.

"Today's announcement is a major milestone for both New Zealand, the Cook Islands and Air New Zealand," he said.

"The Cook Islands hold a very special place for New Zealanders and Air New Zealand. More than a paradise with off-the-scale natural beauty, many Kiwis will be eager to head over for a warm break and some R&R."

Foran said customers will be required to wear masks during travel to and from Rarotonga and screening questions will be asked at check-in.

Air NZ's website currently shows the seat-only return fares between Auckland and Rarotonga during the first week of the bubble starting at $613.

Jetstar, which used to fly in competition to Air NZ before the pandemic, says it cannot return until Australia is part of the bubble.

A spokesman said it was "great news" that quarantine-free travel between New Zealand and the Cook Island will be allowed soon.

"Our services to Rarotonga originate in Australia so are not part of the NZ/Cook Island bubble," he said.

"We look forward to the Australian Government working with the Cook Islands and other Pacific Island governments for two-way quarantine-free travel in the future."

He said the two-way, quarantine-free connection will not only provide a critical lifeline for the Cook Islands tourism industry, but an easier connection for friends and whānau.

"Since mid-January, one-way quarantine-free travel to Auckland Airport has been an important link for those Cook Islanders needing to come to New Zealand for family, health, work or education reasons.

"Opening up two-way quarantine-free travel will not only be a much-needed boost to the Cook Islands economy, particularly ahead of the winter months, but gives the tens of thousands of Cook Islanders living in New Zealand an opportunity to travel to the islands again," he said.

"Auckland Airport has been operating a fully separated international terminal for two weeks now, and it will be fantastic to welcome back more 'green' international travellers to its dedicated safe travel zone."

"Customers have been asking about the Cook Islands for many months, it will be a welcome addition to the transtasman bubble for those wanting a winter beach escape," he said.

"We highly recommend reaching out to a travel expert early to reserve flights and accommodation as soon as possible, particularly for the busy school holiday periods - we will be rolling out some fantastic holiday packages in the coming days with prices that are not too far off what you may have paid pre-Covid."

Accommodation is on-par with pre-Covid rates, he said.