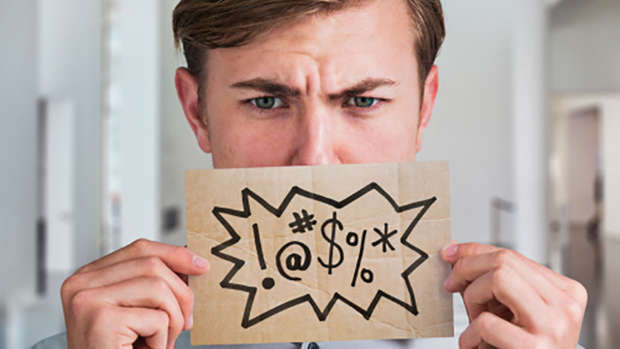 Good news for anyone who often finds themselves letting out an expletive or two in the final stages of a workout - swearing can boost muscle strength and stamina, a study has found.

Most of us swear from time to time and although it's discouraged from a young age, it does seem that cussing has some surprising health benefits.

According to recent research by psychologists from the University of Keele, uttering profanities increased pain tolerance, strength, and overall physical performance by up to eight percent.

The researchers conducted tests in which some participants were asked to swear doing either an intense session on an exercise bike or squeezing a device that measures hand grip strength.

In both situations, they found that potty-mouthed gym-goers resulted in significant improvements in performance compared with those uttering ‘neutral’ words.

The study was a follow-up on previous research which found that swearing helps increase tolerance of pain, which probably explains why so many of us let out profanities when hurt.

Dr Richard Stephens, a senior lecturer in psychology, said “we know from our earlier research that swearing makes people more able to tolerate pain. A possible reason for this is that it stimulates the body's sympathetic nervous system – that's the system that makes your heart pound when you are in danger. If that is the reason, we would expect swearing to make people stronger too.”

“So quite why it is that swearing has these effects on strength and pain tolerance remains to be discovered,” Stephens added. “We have yet to understand the power of swearing fully."