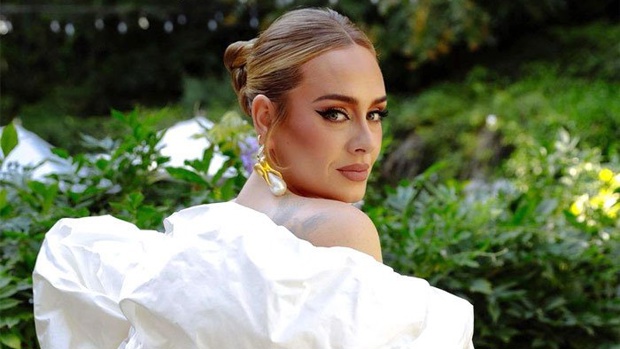 While fans eagerly await the release of her brand new single 'Easy On Me' tomorrow, Adele has finally unveiled her upcoming album cover, confirmed it will be called 30, and revealed it will be released on November 19.

The 33-year-old singer announced the exciting news on Instagram today alongside a lengthy note in which she explained that she finally felt ready to release her music following her divorce from Simon Konecki.

The striking cover artwork featured a side profile shot of Adele posing in front of a deep blue background.

While she captioned the post: "30 - November 19", Adele also shared a picture of a statement explaining that she now felt in a good place about releasing her album - which was inspired by the breakdown of her marriage.

Reflecting on the tumultuous years following her split from Konecki, she wrote: "I was certainly nowhere near where I'd hoped to be when I first started it nearly 3 years ago.

"Quite the opposite actually. I rely on routine and consistency to feel safe, I always have. And yet there I was knowingly - willingly even, throwing myself into a maze of absolute mess and inner turmoil!

She continued: "I've learned a lot of blistering home truths about myself along the way. I've shed many layers but also wrapped myself in new ones.

"Discovered genuinely useful and wholesome materials to lead with, and I felt like I've finally found my feeling again. I'd go as far to say that I've never felt this peaceful in my life."

Adele and Konecki announced they were going their separate ways in April 2019, with Adele filing court documents five months later.

The couple - who dated for seven years and were married for two - co-parent their son Angelo, eight.

Their divorce was finalised in March this year.