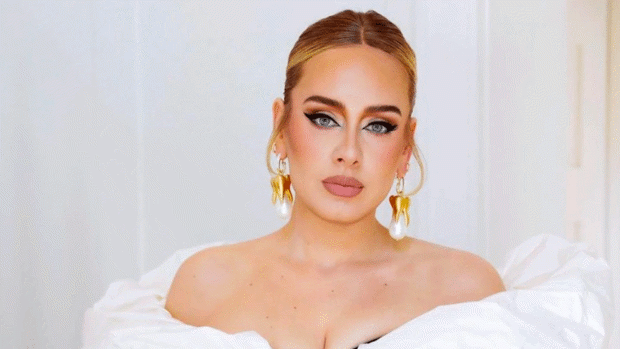 The rumour had it - Adele is finally back with a brand new song.

In a stunning black and white teaser the British singer-songwriter, who last released an album almost five years ago, shared a snippet of her new single Easy On Me.

The track is out on October 15 - so fans can officially start counting down the days until the world gets to hear the new song.

The clip shows Adele putting a cassette tape into her car and drive along a quiet road as sheet music spills outside of the window. And she of course appears with her trademark winged eyeliner.

The announcement comes after billboards and projections across the world sparked speculation she was about to release her new album 30.

Billboards and projections were spotted across the globe, from Dubai, Ireland, France, Italy, and the United States. They contained the number 30 - which fits the theme of Adele's albums named after her age that inspired the album.

adele hasn't even released the album yet and has already outdone everyone #Adele30 pic.twitter.com/VyKJra2RZB

Fans believe cryptic ‘30’ billboards that began appearing in Dubai and Ireland may be hinting at Adele’s comeback. (Her previous album titles: 19, 21, 25) pic.twitter.com/ICfsC2v1h3

Adele, 33, has teased new music is on the way since last year.

What's more, the Hello singer was 30 when she separated from her ex-husband Simon Konecki. So the new album possibly draws inspiration from the ending of her marriage, but fans will have to wait and see what the new record brings.

Adele has kept a low profile after her record-breaking last album and massive world tour, which included dates at Auckland's Mt Smart Stadium in 2017.

Last November Adele returned to the spotlight when she hosted US skit show Saturday Night Live, and she provided an update on her new music.

"My album's not finished, and I'm too scared to do both. I'd rather put on some wigs, have a glass of wine or six and just see what happens," she admitted, referring to her decision to appear as host instead of a musical guest.

Adele last album 25 featured the songs Hello and Send My Love (To Your New Lover). The album earned her six Grammy Awards including the coveted album of the year prize, and Hello won song and record of the year.