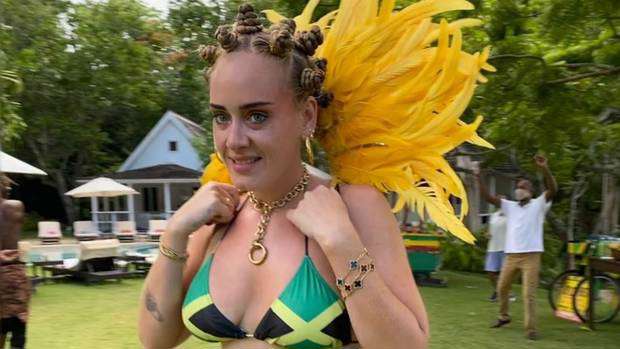 Adele has been sporting a dramatic new look for months now, but no blurry paparazzi photo or spirited party selfie has captured her transformation quite like her latest Instagram post.

In the photo the singer is wearing tights paired with a bikini top and gold necklace, revealing her toned stomach.

"Happy what would be Notting Hill Carnival my beloved London," she captioned the picture.

Happy what would be Notting Hill Carnival my beloved London 🇬🇧🇯🇲

Adele has received a lot of attention since debuting a new slimmed-down appearance.

She first debuted her new figure at Drake's birthday party in October. "I used to cry but now I sweat," she declared in her sassy Instagram caption.

The star is reported to have lost up to 45kg - so how has she done it?

According to The Sun, Adele has taken up reformer Pilates. She reportedly enlisted trainer to the stars Camilla Goodis, who has worked with Robbie Williams and his wife Ayda Field.

Pilates instructor Goodis told The Sun she helped the Hello singer get into exercise, and explained that wasn't the only secret behind her weight loss.

She says she met the singer in 2013, and Pilates was the perfect exercise regime for the 36-year-old, who had just had a baby at the time.

However, Goodis believes Adele's transformation is mostly due to a change in diet. Pilates' benefits include increased muscle strength and improved flexibility.

"She has probably cut out processed foods and is eating soy and other plant-based foods.

"She doesn't look too thin – she looks amazing."

Goodis says Adele may have also halved her daily calorie intake from 2,000 to 1,000 per day to kickstart her weight loss.

According to the Daily Star, Adele has embarked on The Sirtfood Diet.

The eating plan originated in the UK, and was started by nutritionists Aidan Goggins and Glen Matten, according to the NY Post.

The diet involves a two-week plan upping sirtfood rich foods and drinking green juices, and after that, there is no set eating plan. The general idea is to keep upping your intake of the foods.

The diet is said to help regulate your metabolism and increase cellular health.

The best part: red wine, chocolate, and coffee are allowed in moderation.

Whatever the secret to Adele's new look is, she has always radiated confidence. She's teased that new music could be released in September, so hopefully it isn't too much longer until fans can belt out new Adele tunes. 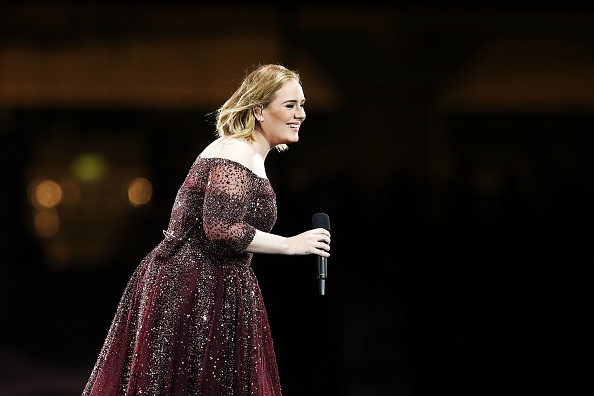