This, the 20th in a decade-long series, features no cameos from local or international celebrities.

The clip instead features the story of a young girl travelling through the country, emphasising the importance of the environment alongside a quirky takahē called Mr T.

This safety video, which was developed by independent advertising agency Pitchblack, follows on from last year's clip, which was Rugby World Cup-themed and packed with a wide spread of local and international superstars.

The clip was first teased via a social media campaign posted to Instagram in the middle of December last year.

The content in the clip is very much in keeping with the airline's sustainability push amid growing concern about the impact of flying and tourism.

Given how safety video platform has become over the years, there is always significant pressure on the Air New Zealand team to deliver something that will resonate with the audience. The hip-hop themed safety video released at the end of 2018 showed how swift and brutal the response can be if the audience doesn't like the video.

That video was eventually pulled and also resulted in an apology letter from the airline.

The charming clip released today is unlikely to be that divisive, but the airline is no longer only measured by the quality of its own safety videos. Its approach has sparked similar creativity from other airlines around the world, adding some competitive flavour to the platform.

In addition to launching the safety video, the airline also released details about its highly anticipated Skynest sleeping pods. 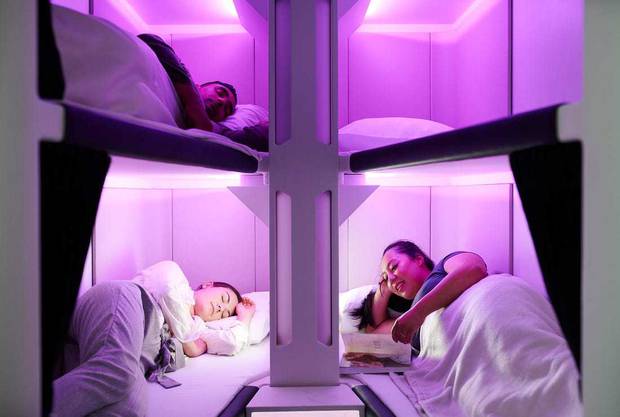 Asked why the airline decided to go ahead with the news in such a tough week, Air NZ's general manager of global brand and content, Jodi Williams, said it was essential to market in tough times.

"Being visible and present even during challenging times is extremely important," Williams says.

"All our marketplaces are always competitive and sustained presence is a key to delivering positive results."