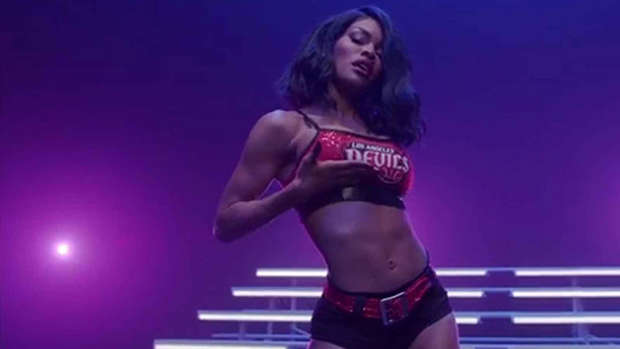 Kiwis have hit out at an American TV show after they "inappropriately" used Pātea Māori Club's song 'Poi E' in their series promotion.

The clip for sports drama series 'Hit The Floor' showed actress, dancer and model Teyana Taylor dancing to a copy of the 1980s iconic hit.

The video, which shows a scantily clad Taylor wearing a bra top and short shorts dancing to Poi E, has been rubbished by Kiwis as "inappropriate" and "cultural misappropriation".

"Does our music have to be religiously rooted for us to not want it used this way? Why do we have to justify our dislike for it?" one Kiwi responded to an American TV viewer.

"It's not yours, it's ours and based on the reaction of the Māori people about this as well as the rest of the Polynesian community - it's wrong to use it in this manner and we don't like it."

Another wrote: "Wow! The disrespect for using this song without permission - this is a cultural song with deep-rooted meaning."

READ MORE:
• The NZ police are back with a hilarious Halloween 'Thriller' dance to 'Poi E'
• Zayn Malik has covered Elvis Presley's 'Can't Help Falling In Love' - and it has majorly divided the internet

"This ain't no exposure. They didn't even ask Pātea if they could use the song. They are just profiting off our culture. No one would know it's Māori unless we said anything."

Pātea Māori Club only became aware of the promo when it was shared across social media.

The club's chair Laura Maruera told Māori Television that co-writer Dalvanius Prime, who is now deceased, would be outraged over the clip.

"He would be disgusted because it's not a song that we put out for any other people to use inappropriately," she said.

"Poi E is a song that was done for the people of Pātea and mainly our youth as well to carry on the legends of what Pātea was all about when the freezing works closed, so it wasn't a song to be exposed by people doing inappropriate actions to it."