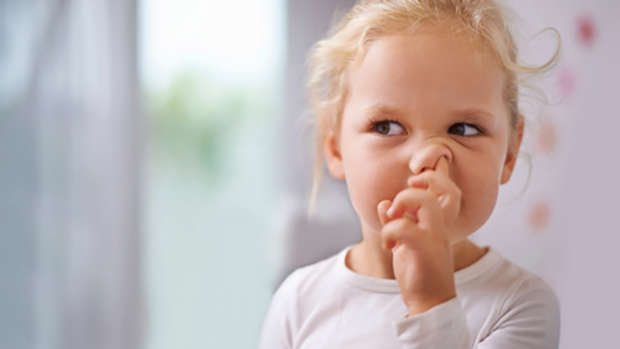 We're all taught from a young age that picking our nose is a disgusting habit. And eating the contents... well, that's just gross!

But according to a recent study, however, we should in fact be eating our bogies and encouraging our kids to do the same.

And not only that...

As it turns out, bogies and snot aren't simply disgusting by-products of the body. They actually have an array of health benefits - and they could be particularly important for growing children.

The study found that snot is an amazing source of good bacteria which helps our teeth and forms a barrier against cavity-causing bacteria.

There’s also evidence to suggest the mucus in snot could defend against respiratory infection, stomach ulcers and HIV.

The list of reported benefits goes on and on!

According to Austrian lung specialist Prof Friedrich Bischinger, people who pick their noses are healthy, happier and probably better in tune with their bodies.

He believes we need to remove the stigma we all attach to picking our noses (and eating the contents) and start embracing it.

"Eating the dry remains of what you pull out is a great way of strengthening the body’s immune system. Medically it makes great sense and is a perfectly natural thing to do," he said.

"In terms of the immune system, the nose is a filter in which a great deal of bacteria are collected, and when this mixture arrives in the intestines it works just like a medicine."