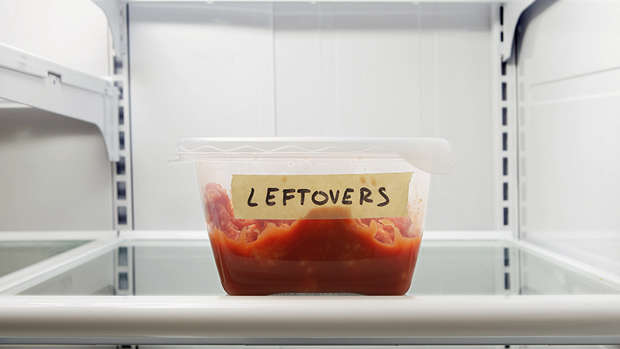 For as long as we can remember we have always been told that leftovers shouldn't be stored in the fridge until the food has cooled off.

And, of course, there are some of us who figure the food will be fine as long as it gets put in the fridge at some point.

But according to a new blog post by Stop Foodborne Illness, we've been treating leftovers wrong.

The bloggers reveal leftovers should be transferred into a container and put in the fridge within two hours of being cooked.

Because even though heat can eliminate bacteria, there's greater risk of bacteria "reappearing and reproducing" if the food is left out for too long.

The post also suggests we should avoid leaving food out at temperatures between 4-60°C, as it's considered the "danger zone."

Be sure to set your fridge to 4°C or below so that bacteria doesn't have a chance of growing.