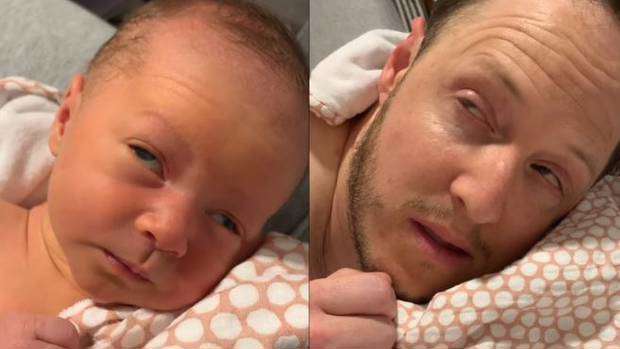 An Aussie dad well known online for his hilarious impersonations has sent the internet into hysterics with his latest offering, racking up over 20 million views with his spot-on impression of his newborn daughter.

"Copying my daughter's milk drunk faces is my new fulltime job," Hawkins wrote, sharing a split-screen video where he perfectly matches his daughter Billie's facial expressions after a feed.

Hawkins also dressed up as Billie for the funny vid, which has generated over 137,000 comments.

"How did you match it up perfectly? This is oddly satisfying in so many ways! And hilarious," said one person, while another commenter asked for Hawkins to "mimic poop/gas faces" for his next video.

"This makes me so happy I can't even explain," said one woman, as many noted that Billie was "so expressive" and must be "an old soul".