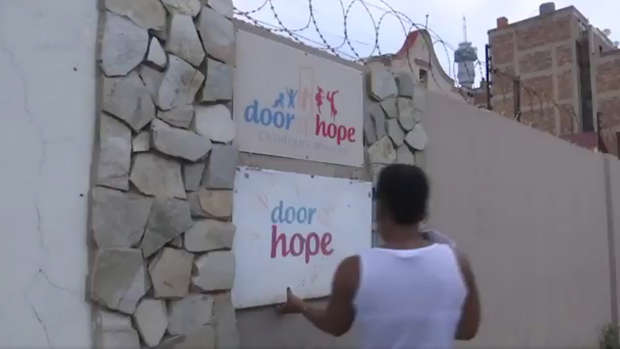 It has been 18 years since The Berea Baptist Church in Johannesburg installed a ‘baby bin’ so that desperate mothers could anonymously leave their newborn babies if they were unable or unwilling to care for them.

And the church claims the 'Door of Hope' has saved thousands of lives.

When it was installed in 1999, up to 50 babies were being dumped on the streets every month.

This is a "baby bin" for people who want to leave their newborns behind pic.twitter.com/KlL6vZTvsW

Inside the stainless steel hatch, the babies can be placed on a soft pillow and left for staff.

Once the door is opened, a sensor detects movements and alerts staff at the centre.

The church has been criticised for encouraging parents to give up the responsibility of child care and the concern that children will not know their biological parents.

Others say it is better than the possibility of late abortions or the dumping of children in unsafe places.